By following key families in Cherokee, Chickasaw, and Anglo-American societies from the Seven Years' War through 1845, this study illustrates how kinship networks-forged out of natal, marital, or fictive kinship relationships-enabled and directed the actions of their members as they decided the futures of their nations. Natalie R. Inman focuses in particular on the Chickasaw Colbert family, the Anglo-American Donelson family, and the Cherokee families of Attakullakulla (Little Carpenter) and Major Ridge. Her research shows how kinship facilitated actions and goals for people in early America across cultures, even if the definitions and constructions of family were different in each society. To open new perspectives on intercultural relations in the colonial and early republic eras, Inman describes the formation and extension of these networks, their intersection with other types of personal and professional networks, their effect on crucial events, and their mutability over time.

The Anglo-American patrilineal kinship system shaped patterns of descent, inheritance, and migration. The matrilineal native system was an avenue to political voice, connections between towns, and protection from enemies. In the volatile trans-Appalachian South, Inman shows, kinship networks helped to further political and economic agendas at both personal and national levels even through wars, revolutions, fiscal change, and removals.

Comparative analysis of family case studies advances the historiography of early America by revealing connections between the social institution of family and national politics and economies. Beyond the British Atlantic world, these case studies can be compared to other colonial scenarios in which the cultures and families of Europeans collided with native peoples in the Americas, Africa, Australia, and other contexts.

NATALIE R. INMAN is an associate professor of history at Cumber­land University. 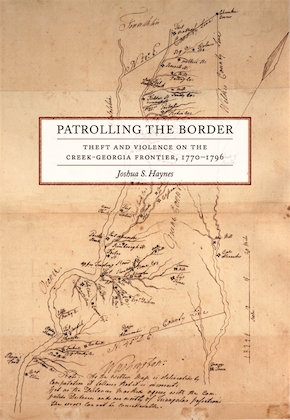