Housing, popular politics, and the formation of modern Los Angeles

Public Los Angeles is a collection of unpublished essays by scholar Don Parson focusing on little-known characters and histories located in the first half of twentieth-century Los Angeles. An infamously private city in the eyes of outside observers, structured around single-family homes and an aggressively competitive regional economy, Los Angeles has often been celebrated or caricatured as the epitome of an American society bent on individualism, entrepreneurialism, and market ingenuity. But Don Parson presents a different vision for the vast Southern California metropolis, one that is deftly illustrated by stories of sustained struggles for social and economic justice led by activists, social workers, architects, housing officials, and a courageous judge.

The book is richly illustrated. Biographical and curatorial essays by the book's editors, Roger Keil and Judy Branfman, provide background material and a coherent storyline for a mosaic of fresh Los Angeles research.

Don Parson's powerful vision for a just and livable Los Angeles deftly guides us to a better understanding of the realities and possibilities for this place we call our home.

This compilation, poignant by way of its collaboration between the late Don Parson and this immensely generous group of scholars, is so welcome and so insightful, far more than a touching commemoration of an engaged life. It moves our understanding of Los Angeles forward in big steps.

—William Deverell, director, Huntington-USC Institute on California and the West

Beneath L.A.'s current struggles over housing and the right to the city lie layers of hidden progressive histories. Along with essays by those he inspired, Parson brings his stories to light with great care, detail, and purpose as a welcome counterpoint to capital's ongoing infatuation with real estate.

This important book confirms the late Don Parson's imminent role as an inspiring and prescient scholar of Los Angeles. His insights and knowledge as well as commitment were an example for all of us who knew him. His ferocious intellect demanded accountability and integrity. As this newly published material shows, he taught us a lot and we are grateful.

Don Parson (Author)
DON PARSON (1955-2018) was an independent scholar and author of Making a Better World: Public Housing, the Red Scare, and the Direction of Modern Los Angeles.

Roger Keil (Editor)
ROGER KEIL is a professor of environmental studies at York University in Toronto and author of several books, including Suburban Planet and Los Angeles: Globalization, Urbanization, and Social Struggles.

Judy Branfman (Editor)
JUDY BRANFMAN is a filmmaker, writer, and research scholar at UCLA's Institute for Research on Labor and Employment. 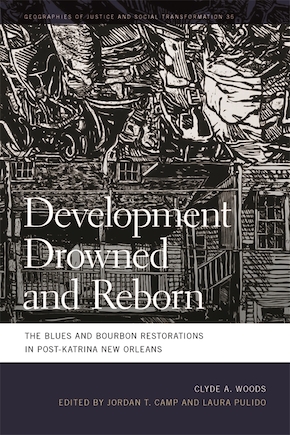