Home > Companion to an Untold Story

When Marcia Aldrich's friend took his own life at the age of forty-six, they had known each other many years. As part of his preparations for death, he gave her many of his possessions, concealing his purposes in doing so, and when he committed his long-contemplated act, he was alone in a bare apartment.

In Companion to an Untold Story, Aldrich struggles with her own failure to act on her suspicions about her friend's intentions. She pieces together the rough outline of his plan to die and the details of its execution. Yet she acknowledges that she cannot provide a complete narrative of why he killed himself. The story remains private to her friend, and out of that difficulty is born another story- the aftershocks of his suicide and the author's responses to what it set in motion.

This book, modeled on the type of reference book called a "companion," attempts to find a form adequate to the way these two stories criss-cross, tangle, knot, and break. Organized alphabetically, the entries introduce, document, and reflect upon how suicide is so resistant to acceptance that it swallows up other aspects of a person's life. Aldrich finds an indirect approach to her friend's death, assembling letters, objects, and memories to archive an ungrievable loss and create a memorial to a life that does not easily make a claim on public attention. Intimate and austere, clear eyed and tender, this innovative work creates a new form in which to experience grief, remembrance, and reconciliation.

Exquisitely sad but painstaking in its clarity, Companion to an Untold Story is an effort to understand a friend's decision to commit suicide. The author lays out the facts and emotions using the structure of an abecedary, as if the simplicity of a child's alphabet book could bring logic to the terrible puzzle of loss. There is no suspense in the outcome, but reading the book draws you in so intimately that you, too, feel an urgent need to understand why an intelligent, likeable man would choose, with great deliberateness, to kill himself. This is a difficult subject, written extraordinarily well: a winner.

—Susan Orlean, author of Rin Tin Tin: The Life and the Legend

A wise reflection, both sympathetic and unflinching, on the life and death by suicide of the author's friend. The book poses questions about suicide and the processes leading up to it and provides answers too . . . when they exist. Perhaps just as importantly, the book leaves unanswerable questions as such, accurately and creatively distilling the experiences of those bereaved by suicide.

—Thomas Joiner, author of Why People Die by Suicide

In Companion to an Untold Story, Marcia Aldrich takes on the complex challenge of attempting to understand a friend's tragic suicide and her own failure to see the signs. This powerful memoir derives its power not just from the author's unflinching honesty but from the unique form she has chosen to shape this tale. A fascinating, absorbing story.

—Dinty W. Moore, author of Between Panic and Desire

Marcia Aldrich takes on a project that seems impossible-restoring the life of a friend who gave away all his possessions and killed himself in an empty apartment-and succeeds brilliantly. She pieces together a portrait of the man and her friendship with him from multiple small definitions, each of them precise, lyrical, and daring. The resulting book is an ultimate companion-a friend, a guide, a moral compass-to the man's memory and to us all.

Companion to an Untold Story is ultimately a meditation on memory and mystery. Released from event sequence, its approach searching but indirect, like poetry, Aldrich's memoir is compulsively readable and surprisingly moving.

By turns haunting, fascinating, funny, and intensely mournful, Aldrich's Companion [to an Untold Story] is a stellar work that goes beyond Joel's story and into the very nature of grief and loss. How do people put the fragments of another's life together when they're gone? Many times, it's an impossible task, but Aldrich shows the worthiness of the attempt.

The overall effect of [Companion to an Untold Story] is haunting, and the list of images and entries creates a sense that, like most lasting grief, this story will never end for the narrator. Strange and highly personal details . . . give the reader the feeling of standing with the narrator at the edge of Joel's death and, like the narrator, trying to put the pieces together.

MARCIA ALDRICH is a professor of English at Michigan State University. She is the author of Girl Rearing: Memoir of a Girlhood Gone Astray and Companion to an Untold Story (Georgia), winner of the Association of Writers & Writing Programs Award for Creative Nonfiction. She is the former editor of the journal Fourth Genre: Explorations in Nonfiction. 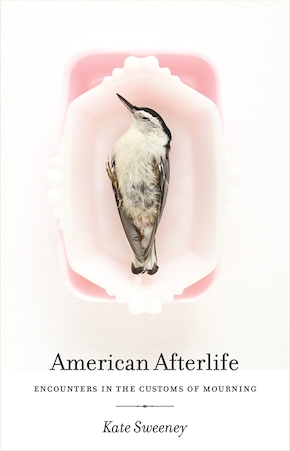