Home > Social Justice and the City

Throughout his distinguished and influential career, David Harvey has defined and redefined the relationship between politics, capitalism, and the social aspects of geographical theory. Laying out Harvey's position that geography could not remain objective in the face of urban poverty and associated ills, Social Justice and the City is perhaps the most widely cited work in the field.

Harvey analyzes core issues in city planning and policy-employment and housing location, zoning, transport costs, concentrations of poverty-asking in each case about the relationship between social justice and space. How, for example, do built-in assumptions about planning reinforce existing distributions of income? Rather than leading him to liberal, technocratic solutions, Harvey's line of inquiry pushes him in the direction of a "revolutionary geography," one that transcends the structural limitations of existing approaches to space. Harvey's emphasis on rigorous thought and theoretical innovation gives the volume an enduring appeal. This is a book that raises big questions, and for that reason geographers and other social scientists regularly return to it.

A penetrating analysis of contemporary urbanism which may indeed be the signal for a change of direction, if not a revolution, in geographic thought. The time is certainly ripe for this. But it will appeal to and stimulate many other disciplines and professions. It will be controversial for it brings into question concepts and values that are fundamental to our way of life.

One of the most influential books in human geography, Social Justice and the City is a generative work that has influenced decades of urban studies scholars. Harvey skillfully demonstrates the material forces that produce cities, urban geographies, and the problems that are often associated with them. In so doing, he opened up new territory for understanding some of the fundamental and enduring problems of the city.

This book, in fact, provides the dimension that is almost entirely missing from the work of most critics, journalists, or historians who describe and discuss the contemporary city or the development of the modern movement in architecture.

A good book, by any standards, and it is to be hoped that even those many of the author's colleagues in geography, economics, and sociology, who may suspect that the dose of theoretical Marxism which we are offered here is too undiluted, may nonetheless ask themselves whether they can, either through some type of revisionism, or by starting elsewhere, offer a better or more comprehensive theory of the city.

A solid and much-needed achievement.

Social Justice and the City has rightfully been an influential work, particularly among geographers. It is admirable not only in its systematic questioning of the traditional explanations of urban problems, but in insisting on a comprehensive view in explaining social phenomena. It is a refreshing work because of the paradigmatic change that is mapped in the course of the essays.

Establishes David Harvey as one of the most fertile and fruitful scholars working in the field of urban studies at the present time. It also makes quite clear that urban geography and non-Marxist urban economics can never be quite the same again.

The adage that we become more conservative as we grow older is but one of several comfortable notions that are profoundly shaken in this extraordinary book. . . . Social Justice and the City contains a wealth of convincing and unconvincing, disturbing and reinforcing, but usually provocative ideas.

—Richard L. Morrill, Annals of the Association of American Geographers

DAVID HARVEY is Distinguished Professor of Anthropology at the Graduate Center of the City University of New York. His many books include A Brief History of Neoliberalism and Spaces of Global Capitalism: Towards a Theory of Uneven Geographical Development. 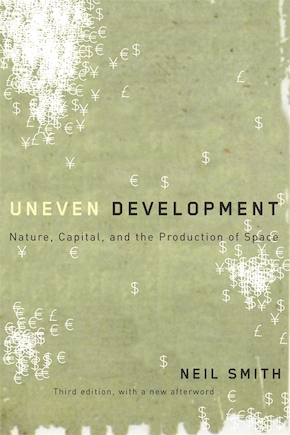