The Kepone Disaster in Virginia and its Legacy

The Kepone Disaster in Virginia and its Legacy

In 1975 workers at Life Science Products, a small makeshift pesticide factory in Hopewell, Virginia, became ill after exposure to Kepone, the brand name for the pesticide chlordecone. They made the poison under contract for a much larger Hopewell company, Allied Chemical. Life Science workers had been breathing in the dust for more than a year. Ingestion of the chemical made their bodies seize and shake. News of ill workers eventually led to the
discovery of widespread environmental contamination of the nearby James River and the landscape of the small, working-class city. Not only had Life Science dumped the chemical, but so had Allied when the company manufactured it in the 1960s and early 1970s. The resulting toxic impact was not only on the city of Hopewell but also on the faraway fields where Kepone was used as an insecticide.

Aspects of this environmental tragedy are all too common: corporate avarice, ignorance, and regulatory failure combined with race and geography to determine toxicity and shape the response. But the Kepone story also contains some surprising medical, legal, and political moments amid the disaster. With Poison Powder, Gregory S. Wilson explores the conditions that put the Kepone factory and the workers there in the first place and the effects of the poison on the people and natural world long after 1975. Although the manufacture and use of Kepone is now banned by the Environmental Protection Agency, organochlorines have long half-lives, and these toxic compounds and their residues still remain in the environment.

In Poison Powder, Gregory S. Wilson provides a moving and powerful narrative of Kepone’s toxic history in Hopewell, Virginia—the erstwhile 'Chemical Capital of the South'—and far beyond, illuminating the compound’s disturbing health effects and important role in past and present debates regarding precautionary policymaking, scientific uncertainty, strategic ignorance, and the global pesticide treadmill.

—Christine Keiner, author of The Oyster Question and Deep Cut

Gregory S. Wilson offers a vivid account of Kepone and its legacy. While it is a story very much rooted in a local environment—Hopewell and the James River Basin in Virginia—under Wilson’s skillful analysis, this book uncovers the broad national and international implications of the Kepone story as well. This is a first-rate environmental history, revealing how the residues of the past continue to shape the human and nonhuman worlds.

—David Kinkela, author of DDT and the American Century: Global Health, Environmental Politics, and the Pesticide That Changed the World

Poison Powder is a fine recounting of a significant but less widely known chapter in U.S. environmental history, covering important aspects of labor and class, and making key connections between human health and ecological damage.

Gregory S. Wilson has meticulously researched this book, both through multiple levels of primary sources and many available oral histories from participants at various levels of the crisis. We certainly need more stories like the Kepone disaster to diversify and complicate our picture of environmental disasters.

GREGORY S. WILSON is professor of history at the University of Akron. He is the author of Communities Left Behind: The Area Redevelopment Adminstration, 1945–1965, coauthor, with Craig S. Simpson, of Above the Shots: An Oral History of the Kent State Shootings, and coauthor, with Kevin F. Kern, of Ohio: A History of the Buckeye State. 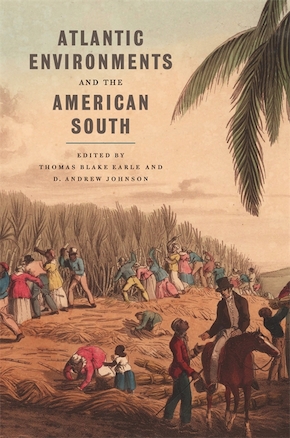 Atlantic Environments and the American South