Home > A Day I Ain't Never Seen Before

How the civil rights movement unfolded in a small rural town, far from the cameras

The Black people of Marks, Mississippi, and other rural southern towns were the backbone of the civil rights movement, yet their stories have too rarely been celebrated and are, for the most part, forgotten. Part memoir, part oral history, and part historical study, A Day I Ain’t Never Seen Before tells the story of the struggle for equality and dignity through the words of these largely unknown men and women and the civil rights workers who joined them. Deeply rooted in documentary and archival sources, this book also offers extensive suggestions for further readings on both Marks and the civil rights movement.

Set carefully within its broader historical context, the narrative begins with the founding of the town and the oppressive conditions under which Black people lived and traces their persistent efforts to win the rights and justice they deserved. In their own words, Marks residents describe their lives before, during, and after the activist years of the civil rights movement, bolstered by the voices of those like Joe Bateman who arrived in the mid-1960s to help. Voter registration projects, white violence, sit-ins, arrests, school desegregation cases, community-organizing meetings, protest marches, Freedom Schools, door-to-door organizing—all of these played out in Marks.

The broader civil rights movement intersects many of these local efforts, from Freedom Summer to the War on Poverty, from the death of a Marks man on the March against Fear (Martin Luther King Jr. preached at his funeral) to the Poor People’s Movement, whose Mule Train began in Marks. At each point Bateman and local activists detail how they understood what they were doing and how each protest action played out. The final chapters examine Marks in the aftermath of the movement, with residents reflecting on the changes (or lack thereof ) they have seen. Here are triumphs and beatings, courage and infighting, surveillance and—sometimes— lasting progress, in the words of those who lived it.

A Day I Ain’t Never Seen Before provides an informative, engaging case study of the black experience in the twentieth-century rural South that is brought vividly to life through the words of those who experienced it.

—Mark Newman, author of Desegregating Dixie: The Catholic Church in the South and Desegregation, 1945–1992

Mixing memoir, oral history, and history, A Day I Ain't Never Seen Before tells the story of the civil rights movement that took place in Marks, Mississippi, a site of deep poverty and oppression but also creativity and resistance. We need more books that treat the experiences, ideas, and political strategies of rural Black southerners with the kind of seriousness and dignity that Joe Bateman finds in his narrators.

—J. Todd Moye, coeditor of Civil Rights in Black and Brown: Histories of Resistance and Struggle in Texas

Cheryl Lynn Greenberg (Author)
CHERYL LYNN GREENBERG is the Paul E. Raether Distinguished Professor of History at Trinity College. She is the author of several books, including “Or Does It Explode?” Black Harlem in the Great Depression. She teaches, writes, and lives in Connecticut.

Joe Bateman (Author)
JOE BATEMAN is a veteran of the civil rights movement who served as a member of the Council of Federated Organizations and the Mississippi Freedom Democratic Party (1964–66). A native of Oklahoma, Bateman now calls New Mexico home. 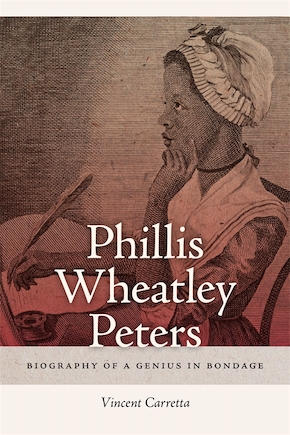