Home > The Sum of Her Parts

The Sum of Her Parts explores how women's body parts and the roles/parts that women play have been deployed toward political ends. One essay examines Sarah Winchester and the lore that sprung up around her most famous-and most falsely mythologized-home, the Winchester Mystery House, to suggest that the woman and her house have been used as vessels to hold the nation's ongoing gun guilt. Another essay springboards from a personal encounter into etymological history, tracing how the word "cunt" went from being a relatively benign description of a body part to the word the Oxford English Dictionary cites as the most vile invective in the English language. Connecting topics as diverse as bra shopping, Wonder Woman, and a Metallica rockumentary, Griffiths explores what women's parts mean in contemporary America.

Griffiths uses humor and sincerity to approach the topic of the female body through a wide variety of essay forms, blending lyric and narrative modes. Using fragmentation as well as traditional argumentation, the collection invites the reader to think ambiguously and explosively, allowing complication rather than easily connected dots. The result is a discussion of the female body that is varied, complex, nuanced, and thoughtful.

Griffiths offers such fantastic insights that I felt remade in reading The Sum of Her Parts, brought back to a body that, through similar experiences to the author, I'd been divided from. Had it been since birth? Griffiths provides a container of essays to support that inquiry.

—Sonya Huber, author of Pain Woman Takes Your Keys and Other Essays from a Nervous System

From essays about bra-shopping to Superbowl watching, from cooking to discussing guns and the ERA, Griffiths captures the complexity and vast identities the too-singular phrase 'woman' has come to mean. The Sum of Her Parts isn't a screed but nor does it waver from its purpose. Writing about being a woman is difficult because being a woman is not always difficult. And it's not always one thing.

Siân Griffiths writes violently. I don't mean Hemingway-male-bravado violence but rather that she continually explores how violence affects our world. Whether writing about sexual assault, the connotation of the most offensive word in the English language, or the heir to the Winchester rifle fortune, Griffiths plumbs the depths of those dark waters, forcing us to look at what lies beneath the violence we see so often. What she finds is surprising. What is even more surprising is that she finds ways to celebrate the surface, the bread and bones of our bodies.

—Paul Crenshaw, author of This One Will Hurt You

Siân Griffiths has written an important and necessary book. The Sum of Her Parts is a collection that forces our eyes open to misogyny as a disease. Griffith's essays detail how women are cleaved by the cruel language spit at us-cunt, whore, bitch-by the negative, self-sabotaging language and ideals we inflict upon ourselves and by everyday microaggressions about our bodies. This book carves itself into your arm. Here are essays like little knife wounds, and here are others in which she cooks for us. In each one she boldly asks the questions she's been told to stop asking and, in doing so, shows how women suffer a thousand tiny cuts every day, yet despite it remain warrior queens.

—Megan Culhane Galbraith, author of The Guild of the Infant Saviour: An Adopted Child’s Memory Book

I felt Siân Griffiths's The Sum of Her Parts on a bodily level-which makes sense, since this is a book about the body. About a woman's body, in particular-how it bends and how it breaks, the violence it incurs and the many shapes it takes. It's a book, like a body, made of both vulnerability and strength, beauty and pain, its pages coursing with love and humor and rage and desire. . . . The Sum of Her Parts is a feminist battle cry, a reclamation of our bodies as they age, as they fail us, as we rebuild and recover and redefine ourselves-as athletes, as mothers, as teachers, as lovers-and find new power in our lives. This book is an excavation, an exhumation, of womanhood and the body-naked on the page, beating and bloody and alive; a body that's built and broken into so many pieces then put back together again, creating something beautifully, powerfully whole.

SIÂN GRIFFITHS is professor of English at Weber State University. Her work has appeared in Prairie Schooner, The Georgia Review, Indiana Review, American Short Fiction (on line), Cincinnati Review, Ninth Letter, Booth, and many other publications. She is a four-time Pushcart Prize nominee, and the author of Borrowed Horses, which was a semi-finalist for the 2014 VCU Cabell First Novelist Award, the short fiction collection The Heart Keeps Faulty Time and the novel Scrapple. 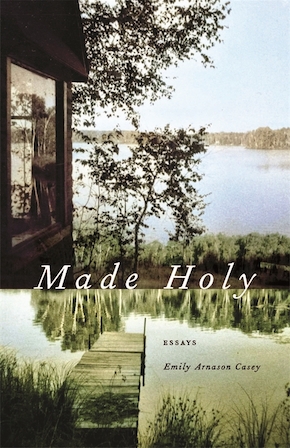