Home > A Queer History of Adolescence

A Queer History of Adolescence reveals categories of age—and adolescence, specifically—as an undeniable and essential mechanism in the production of difference itself. Drawing from a dynamic and varied archive, including British and American newspapers, medical papers and pamphlets, and adolescent and children’s literature circulating on both sides of the Atlantic, Gabrielle Owen argues that adolescence has a logic, a way of thinking, that emerges over the course of the nineteenth century and that survives in various forms to this day. This logic makes the idea of adolescence possible and naturalizes our historically specific ways of conceptualizing time, development, social hierarchy, and the self.

Rich in intersectional analysis, this book offers a multifaceted and historicized theory for categories of age that challenges existing methodologies for studying the people called children and adolescents. Rather than offering critique as an end in and of itself, A Queer History of Adolescence imagines the world-making possibilities that critique enables and, in so doing, shines a necessary light on the question of relationality in the lived world. Owen exposes the profound presence of history in our current moment in order to transform the habits of mind shaping age relations, social hierarchy, and the politics of identity today.

Gabrielle Owen’s A Queer History of Adolescence is the most important—and by far the most engaging—study of adolescence since G. Stanley Hall’s 1904 blockbuster gave us the term and the illusion that adolescence was simply a natural fact. Owen shows how the idea of adolescence reaches across cultural operations of all sorts. It is a brilliant, compellingly argued study, full of startling insights, and, best of all, a liberating kindness.

A Queer History of Adolescence delivers on its bold promise of fully theorizing adolescence as a separate figuration from childhood, one that demands its own interpretive protocol. No such single work currently exists that performs this significant and ground-breaking interpretive task. Scholars from the fields of childhood studies, children’s and young adult literatures, trans studies, and queer theory will find this book indispensable for their writing and thinking.

People called teens have a splendid defender. Gabrielle Owen is the tracker, troublemaker, and dissector of a category—“adolescence”—that has dramatically harmed . . . adolescents. The result is a tender, trenchant, and searchingly smart examination that would expose and crush this harm. History meets concept meets fiction meets ethics, all with an eye to queer relations that respect opacity and interdependence. What a joy watching this critic restore what is stolen from the young: their gorgeous complexity.

—Kathryn Bond Stockton, author of The Queer Child, or Growing Sideways in the Twentieth Century

The range and sensitivity of the material as well as the implications of this research, grounded as it is in exposing the harm that the category adolescence does to teenagers, is impressive.

GABRIELLE OWEN is an assistant professor of English at the University of Nebraska–Lincoln. Her research focuses on children’s and young adult literature, histories of childhood and adolescence, queer theory, transgender studies, and ethics. She has published in Nineteenth Century Studies, Children’s Literature Association Quarterly, Queer Studies in Media and Popular Culture, and Transgender Studies Quarterly. 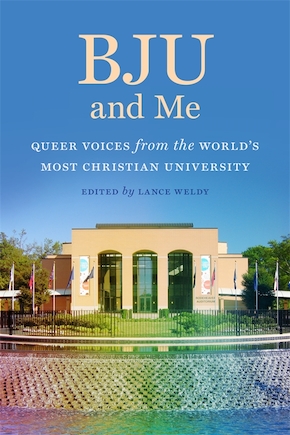