This detailed biography of a man who flourished in two very different worlds opens a new doorway into the societies of prerevolutionary France and postrevolutionary Georgia. Christophe Poulain DuBignon (1739-1825) was the son of an impoverished Bréton aristocrat. Breaking social convention to engage in trade, he began his long career first as a cabin boy in the navy of the French India Company and later as a sea captain and privateer. After retiring from the sea, DuBignon lived in France as a "bourgeois noble" with income from land, moneylending, and manufacturing.

Uprooted by the French Revolution, DuBignon fled to Georgia late in 1790, settling among other refugees from France and the Caribbean. A community long overlooked by historians of the American South, this circle of planters, nobles, and bourgeois was bound together by language, a shared faith, and the émigré experience.

On his Jekyll Island slave plantation, DuBignon learned to cultivate cotton. However, he underwrote his new life through investments on both sides of the Atlantic, extending his business ties to Charleston, Liverpool, and Nantes. None of his ventures, Martha L. Keber notes, compelled DuBignon to dwell long on the inconsistencies between his entrepreneurial drive and his noble heritage. His worldview always remained aristocratic, patriarchal, and conservative.

DuBignon's passage of eighty-six years took him from a tradition-bound Europe to the entrepôts of the Indian Ocean to the plantation culture of a Georgia barrier island. Wherever he went, commerce was the constant. Based on Keber's exhaustive research in European, African, and American archives, Seas of Gold, Seas of Cotton portrays a resilient nobleman so well schooled in the principles of the marketplace that he prospered in the Old World and the New.

This book is a triumph of research. . . . The author takes us by the hand and leads us into the world of the 18th century French minor aristocracy. . . . The result is that readers will gain an understanding of the French settlements in Georgia that they never had before.

Keber aims for a scholarly audience in this meticulously researched volume that abounds in detail and rests on documentation gleaned from repositories in France, South Africa, Mauritius, India, and Georgia. . . . Seas of Gold, Seas of Cotton is a finely crafted history, and perhaps more impressive, a model of the way in which the historian dependent principally on public records may fashion a biography.

In Seas of Gold, Seas of Cotton Martha L. Keber limns the fascinating life of Christophe Poulain DuBignon. . . . Historians who seek a greater understanding of the Atlantic maritime world and the ways in which the tumultuous and stormy events of the 'age of revolution' transformed the lives of those who lived through them will profit from this book. Indeed, Keber's work will appeal to anyone interested in a good story, well told.

MARTHA L. KEBER is a professor of history at Georgia College & State University. 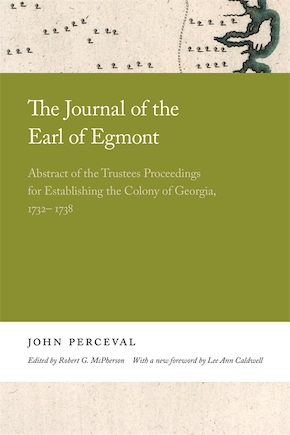