Red, Black, White is the first narrative history of the American communist movement in the South since Robin D. G. Kelley's groundbreaking Hammer and Hoe and the first to explore its key figures and actions beyond the 1930s. Written from the perspective of the district 17 (CPUSA) Reds who worked primarily in Alabama, it acquaints a new generation with the impact of the Great Depression on postwar black and white, young and old, urban and rural Americans.

After the Scottsboro story broke on March 25, 1931, it was open season for old-fashioned lynchings, legal (courtroom) lynchings, and mob murder. In Alabama alone, twenty black men were known to have been murdered, and countless others, women included, were beaten, disabled, jailed, "disappeared," or had their lives otherwise ruined between March 1931 and September 1935. In this collective biography, Mary Stanton-a noted chronicler of the left and of social justice movements in the South-explores the resources available to Depression-era Reds before the advent of the New Deal or the modern civil rights movement. What emerges from this narrative is a meaningful criterion by which to evaluate the Reds' accomplishments.

Through seven cases of the CPUSA (district 17) activity in the South, Stanton covers tortured notions of loyalty and betrayal, the cult of white southern womanhood, Christianity in all its iterations, and the scapegoating of African Americans, Jews, and communists. Yet this still is a story of how these groups fought back, and fought together, for social justice and change in a fractured region.

Stanton illuminates how Communists in Alabama and elsewhere in the United States used the law not only to bring international attention to the worst of Jim Crow segregation but also to build solidarity across race and class lines.

Stanton has done a masterful job of presenting a highly important and largely forgotten history.

Among some especially fine efforts in race-linked struggles, Red, Black and White is a gem.

[T]his book is well worth the time of anyone interested in southern history, the history of racism, labor organizing, religion, and communism in Alabama and the US South. 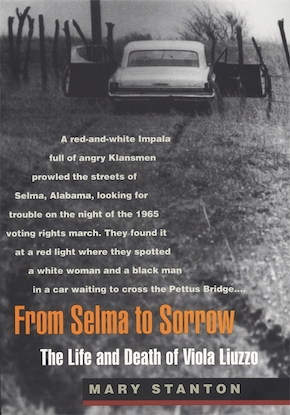 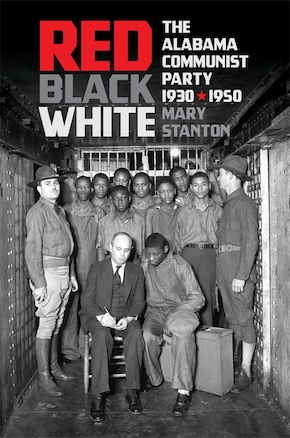