Waveform celebrates the role of women essayists in contemporary literature. Historically, women have been instrumental in moving the essay to center stage, and Waveform continues this rich tradition, further expanding the dynamic genre’s boundaries and testing its edges. With thirty essays by thirty distinguished and diverse women writers, this carefully constructed anthology incorporates works ranging from the traditional to the experimental.

Waveform champions the diversity of women’s approaches to the structure ofthe essay—today a site of invention and innovation, with experiments in collage, fragments, segmentation, braids, triptychs, and diptychs. Focused on these explorations of form, Waveform is not wed to a fixed theme or even to women’s experiences per se. It is not driven by subject matter but highlights the writers’ interaction with all manner of subject and circumstance through style, voice, tone, and structure.

This anthology presents some of the women who are shaping the essay today, mapping an ever-changing landscape. It is designed to place essays recently written by women such as Roxane Gay, Cheryl Strayed, Margo Jefferson, Jaquira Diaz, and Eula Biss into the hands of those who have been waiting patiently for something they could equally claim as their own.

An essay collection that—at long last!—doesn’t say, 'Next time we’ll include more . . . more women, writers of color, trans writers, more less well-known writers, too,' but instead announces, 'Here they are.' Including essays by best-selling authors, critical favorites, and newcomers alike, Marcia Aldrich has done more than sample the bounty of brilliant women’s essays. Through Waveform, she stakes a claim for the significance of the essay in contemporary literature by focusing on women’s fusion of a singular voice, personal experience, and formal innovation. Waveform should come with a warning label, though: these essays are so compelling you’ll be tempted to read heedlessly and breathlessly through the collection. But beware. This work is potent. Each essay delivers the blow of the wave as it breaks, exposing the hungry wave rider to the churn and danger beneath the swells. A herald of a new field, fully realized, and a triumphant display of its power.

—Leigh Gilmore, author of Tainted Witness: Why We Doubt What Women Say About Their Lives

Rich in unexpected detail, these essays refresh our sense of how women map the world. Readers join writers on journeys of self-discovery that disconcert as well as reward.

The works largely explore an evocative, corporeal landscape with occasional forays into academic territory. . . . [T]here is plenty that stands out as wise, beautiful, and unforgettable.

This collection offers something for every reader, whether one seeks the calm of a contemplative voice or the catharsis of anger. Lengths of essays vary widely, too: one writer offers a terse yet poetic recollection of childhood, horror, and love in the space of a page and a half. Another writer unravels a lengthy and wide-ranging exploration of pain and women’s relationship to it. It’s all here, just as it should be: birth, death, sex, longing, regret, anger, love.

Aldrich's collection not only rides the 'new wave' in nonfiction essay writing with bravura, intelligence, and sensitivity, it also reveals the depth and vastness of the contemporary, female, literary ocean that produced it. Other contributors include Meghan Daum, Roxane Gay, Eula Biss, and Margo Jefferson. Eclectic and always engaging.

For hundreds of years only men had access to the printing press, education, and platform. So while women and people of color and gender non-conforming writers catch up, a space to thrive, flourish, and gain airtime is essential. Woolf demanded for women a room of our own. Now we have a book of our own.

Back in 2013, in The New York Times, essayist Christy Wampole declared that we are in a moment of 'the essayification of everything.' . . . The essay invites complexity, contradiction, nuance–all of those qualities that mark the real experience of our public and private lives. Essays want to reckon with the rich immensity that is in us and is us. . . . I encourage you to check out a new collection of essays edited by Marcia Aldrich. Its entitled Waveform: Twenty-First-Century Essays by Women and includes many of the best essayists in America. In essays by Cheryl Strayed, Roxanne Gay, Dana Tommasino, and Aldrich herself, the essay achieves its fullest potential as Wampole described it in 2013.

MARCIA ALDRICH is a professor of English at Michigan State University. She is the author of Girl Rearing: Memoir of a Girlhood Gone Astray and Companion to an Untold Story (Georgia), winner of the Association of Writers & Writing Programs Award for Creative Nonfiction. She is the former editor of the journal Fourth Genre: Explorations in Nonfiction. 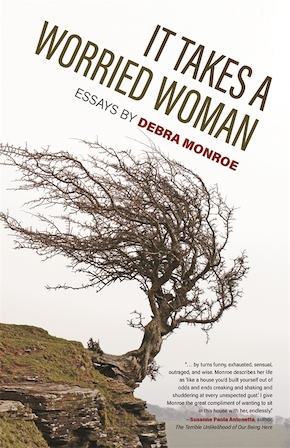