When published in 1973, Gravity’s Rainbow expanded our sense of what the novel could be. Pynchon’s extensive references to modern science, history, and culture challenged any reader, while his prose bent the rules for narrative art and his satirical practices taunted U.S. obscenity and pornography statutes. His writing thus enacts freedom even as the book’s great theme is domination: humanity’s diminished “chances for freedom” in a global military-industrial system birthed and set on its feet in World War II. Its symbol: the V-2 rocket.

“Gravity’s Rainbow,” Domination, and Freedom broadly situates Pynchon’s novel in “long sixties” history, revealing a fiction deeply of and about its time. Herman and Weisenburger put the novel’s abiding questions about freedom in context with sixties struggles against war, restricted speech rights, ethno-racial oppression, environmental degradation, and subtle new means of social and psychological control. They show the text’s close indebtedness to critiques of domination by key postwar thinkers such as Erich Fromm, Herbert Marcuse, and Hannah Arendt. They detail equally powerful ways that sixties countercultural practices—free-speech resistance played out in courts, campuses, city streets, and raucously satirical underground presswork—provide a clearer bearing on Pynchon’s own satirical practices and their implicit criticisms.

If the System has jacketed humanity in a total domination, may not a solitary individual still assert freedom? Or has the System captured all—even supposedly immune elites—in an irremediable dominion? Reading Pynchon’s main characters and storylines, this study realizes a darker Gravity’s Rainbow than critics have been willing to see.

Herman and Weisenburger bring immense erudition to their altogether fresh study of the work they rightly characterize as a ‘towering achievement.’ ‘Gravity’s Rainbow,’ Domination, and Freedom is a terrific contribution not only to Pynchon studies but also to our understanding of the cultural matrix within which this author—still America’s most important and vital novelist—invented himself and his extraordinary fictions.

—David Cowart, author of Thomas Pynchon and the Dark Passages of History

Herman and Weisenburger rehistoricize and recontextualize Gravity’s Rainbow. They synthesize literary criticism, narratology, psychology, cultural history, and political analysis to produce this unprecedentedly deep and detailed understanding of the place of Pynchon’s novel in—its status and role as a document of—its time and ours. The genius of the book is that it gives us not only a vivid sense of that past but also a new and newly urgent sense of our present and possible future.

There might be two other scholars somewhere in the world who understand Gravity’s Rainbow and its times more comprehensively or more deeply than Herman and Weisenburger, but if so, I don’t know who they are. Forty years having lapsed since the novel’s publication, we’re now finally, thanks to these two, in a position fully to grasp its historicity, the manifold ways it participates in the intellectual currents, countercultural politics, and hard-won freedoms of its era, the Long Sixties. This is a bracingly dark book about a novel that, if Weisenburger and Herman are right, is itself about as dark as it could be, for all its exhilarating wackiness. If you care anything for Pynchon and Gravity’s Rainbow, you’d better read this book.

Herman and Weisenburger's analysis of Thomas Pynchon's 1973 novel Gravity's Rainbow brilliantly parses the book's nuanced exhibition of freedom amid culturally specific themes of domination. . . . This book is essential for Pynchon enthusiasts as well as for readers interested in niche history of the 1960s without the baggage of clichés tied to popular thinking about unsettled questions of freedom and politics in American history.

Gravity’s Rainbow, Domination and Freedom is a seminal study of Pynchon’s most influential text, which not only situates the novel in the wider cultural milieu of its time of production and hereby elucidates its narrative and political subtexts, but it also helps Pynchon novices to navigate this moloch—one can indeed feel the authors’ longtime experience with teaching the novel and therefore not ending up in constructing a narrow cave that only allows experts in.

In short, this fascinating transnational and rigorously interdisciplinary collaboration by two preeminent Pynchon scholars offers readers a provocative look at a ‘much darker and more cynical (but not despairing) Gravity’s Rainbow than most Pynchon readers, and we ourselves, have been willing to see’. Scholars from across the humanities would do well to consider the larger implications of the cultural analysis which leads them to their nuanced conclusion.

Luc Herman (Author)
LUC HERMAN is a professor of English and narrative theory at the University of Antwerp. He is the coauthor of Handbook of Narrative Analysis with Bart Vervaeck and the coeditor of The Cambridge Companion to Thomas Pynchon with Inger Dalsgaard and Brian McHale.

Steven Weisenburger (Author)
STEVEN WEISENBURGER is Mossiker Chair in Humanities and chair of the English Department at Southern Methodist University. His books include Fables of Subversion (Georgia) and Modern Medea. 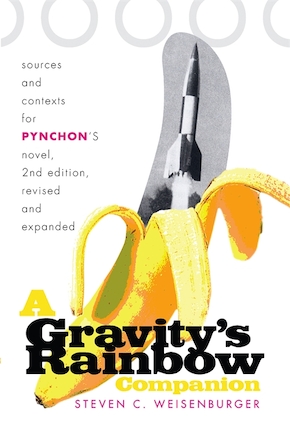 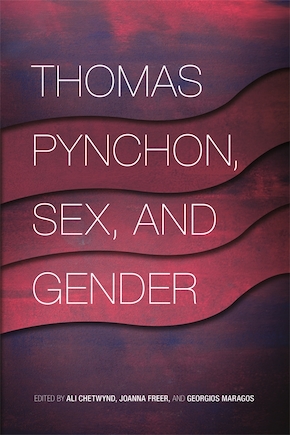