Home > Slavery and Freedom in Savannah

Published with the generous support of Telfair Museums

Slavery and Freedom in Savannah is a richly illustrated, accessibly written book modeled on the very successful Slavery in New York, a volume Leslie M. Harris coedited with Ira Berlin. Here Harris and Daina Ramey Berry have collected a variety of perspectives on slavery, emancipation, and black life in Savannah from the city's founding to the early twentieth century. Written by leading historians of Savannah, Georgia, and the South, the volume includes a mix of longer thematic essays and shorter sidebars focusing on individual people, events, and places.

The story of slavery in Savannah may seem to be an outlier, given how strongly most people associate slavery with rural plantations. But as Harris, Berry, and the other contributors point out, urban slavery was instrumental to the slave-based economy of North America. Ports like Savannah served as both an entry point for slaves and as a point of departure for goods produced by slave labor in the hinterlands. Moreover, Savannah's connection to slavery was not simply abstract. The system of slavery as experienced by African Americans and enforced by whites influenced the very shape of the city, including the building of its infrastructure, the legal system created to support it, and the economic life of the city and its rural surroundings. Slavery and Freedom in Savannah restores the urban African American population and the urban context of slavery, Civil War, and emancipation to its rightful place, and it deepens our understanding of the economic, social, and political fabric of the U.S. South.

This project is made possible by a grant from the U.S. Institute of Museum and Library Services. This volume is published in cooperation with Savannah's Telfair Museum and draws upon its expertise and collections, including Telfair's Owens-Thomas House. As part of their ongoing efforts to document the lives and labors of the African Americans-enslaved and free-who built and worked at the house, this volume also explores the Owens, Thomas, and Telfair families and the ways in which their ownership of slaves was foundational to their wealth and worldview.

Based on extensive and original research, as well as on a close understanding of the broader issues in the history of slavery and race relations, this marvelous collection of essays adds enormously to our understanding of the struggles and achievements of black Savannahians. An invaluable study, and one which no student of the black populations of other southern towns and cities can afford to ignore.

Slavery and Freedom in Savannah provides a fascinating, multifaceted, documented look inside this storied city during tumultuous times. With an emphasis on African American experience and relations across the color line, each chapter opens an illuminating window into the always complex, often unexpected nature of urban life in the South from the period of the slave trade through the early twentieth-century struggle for black civil rights.

—Tiya Miles, author of The House on Diamond Hill: A Cherokee Plantation Story

With a focus on black life in the context of elite and powerful families in Savannah . . . critical lessons are learned about the harsh reality of the transatlantic slave trade and those who profited from, defended, and advanced it, as well as those whose very bodies made it possible, are unmasked. This volume draws from key and relevant sources on the Revolutionary era, the transatlantic slave trade, slavery, the Civil War, emancipation, and Reconstruction. It is a good introductory text on the history of Savannah and the role of rural and urban slavery in the making of the city.

Award of Merit, American Association for State and Local History

Daina Ramey Berry (Editor)
DAINA RAMEY BERRY is the Oliver H. Radkey Professor of History and African and African Diaspora Studies at the University of Texas at Austin. She is the author of The Price for their Pound of Flesh: The Value of the Enslaved, from Womb to Grave, in the Building of a Nation and Swing the Sickle for the Harvest Is Ripe: Gender and Slavery in Antebellum Georgia. 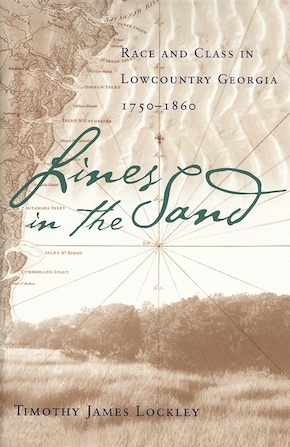