For most historians, the late nineteenth and early twentieth centuries saw the hostilities of the Civil War and the dashed hopes of Reconstruction give way to the nationalizing forces of cultural reunion, a process that is said to have downplayed sectional grievances and celebrated racial and industrial harmony. In truth, says Natalie J. Ring, this buoyant mythology competed with an equally powerful and far-reaching set of representations of the backward Problem South—one that shaped and reflected attempts by northern philanthropists, southern liberals, and federal experts to rehabilitate and reform the country’s benighted region. Ring rewrites the history of sectional reconciliation and demonstrates how this group used the persuasive language of social science and regionalism to reconcile the paradox of poverty and progress by suggesting that the region was moving through an evolutionary period of “readjustment” toward a more perfect state of civilization.

In addition, The Problem South contends that the transformation of the region into a mission field and laboratory for social change took place in a transnational moment of reform. Ambitious efforts to improve the economic welfare of the southern farmer, eradicate such diseases as malaria and hookworm, educate the southern populace, “uplift” poor whites, and solve the brewing “race problem” mirrored the colonial problems vexing the architects of empire around the globe. It was no coincidence, Ring argues, that the regulatory state's efforts to solve the “southern problem” and reformers’ increasing reliance on social scientific methodology occurred during the height of U.S. imperial expansion.

This lucidly written study makes a bold argument for reimagining how the South became modernized, how liberalism was constructed, and how the region was part of a worldwide process. Imaginatively conceived and original in its conclusions, Ring’s book makes a significant contribution to the literature about the Progressive Era South that will force us to reconsider old assumptions and rethink how we frame the Problem South into a global context.

The Problem South is an extraordinary reimaging of the New South. The book is, all at once, a complementary, synthetic, and constructively revisionist text. Elegantly and persuasively, Ring plots a new narrative of the nation’s most complicated and historically significant region and sets her story against a layered local, regional, national, and global backdrop.

Problem South is a thoughtful and thoroughly researched book that offers a sophisticated take on Progressive-era thought about the South, and it is rich with analysis.

With this book, her first, Natalie Ring steps up to play a key role in shaping U.S. southern studies. . . . Ring’s distinctive contribution is to historicize conceptions of the global U.S. South more lucidly than anyone has yet done for the crucial post-Reconstruction period from the 1880s through the 1930s.

The value of Ring’s work lies not in revelation of new sources but in her use of sometimes familiar historical evidence, people, and events to reveal their international scope and significance. Her challenge to step back and see the South as a part of the nation’s policy and rhetoric of empire deserves attention and further pursuit.

In Natalie J. Ring’s impressively researched and forcefully argued book, the “problem South” of the late nineteenth and early twentieth centuries revealed how notions of regionalism, the nation’s growing empire, and the rise of the liberal state came to be intertwined during those years. . . . The Problem South is a breath of fresh air in the discussions of how to incorporate the South into Gilded Age and Progressive Era histories. . . . The Problem South should change how we teach the Gilded Age, American empire, and the Progressive Era.

The Problem South works as a valuable corrective to the suggestion that southern social criticism in the early postbellum South was the domain of only a few famous iconoclasts. . . . Ring’s work suggests useful new directions in transnational southern studies that move well beyond simply pointing out evident affinities between the U.S. South and a global South.

The Problem South already accomplishes an enormous amount. It synthesizes historical paradigms across regional, national, and transnational spaces. It engages a diverse set of cultural methodologies. It doesn't provide a definitive answer to the enduring debate over southern distinctiveness. Rather, it raises a whole new set of questions about the ideological context in which that debate was formed. In so doing, it contributes an exciting new frame of reference for our understanding of the southern and national past.

TIL Award for Most Significant Scholarly Book, Texas Institute of Letters

NATALIE J. RING is an assistant professor of history at the University of Texas at Dallas. She is coeditor, with Stephanie Cole, of The Folly of Jim Crow: Rethinking the Segregated South. 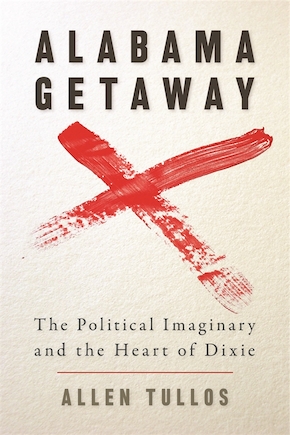