The Real Story of Uga, the University of Georgia's Bulldog Mascots

Published with the generous support of President's Venture Fund

The Real Story of Uga, the University of Georgia's Bulldog Mascots

The name Uga is synonymous with the Georgia Bulldogs, a perennial powerhouse among the top college football teams in the country. These English bulldogs are so revered that when they die, they are buried in a mausoleum at Sanford Stadium. But Uga is also a family pet, and Damn Good Dogs! gives readers a rare glimpse into the personal history of these nationally acclaimed mascots. Filled with colorful anecdotes-such as Uga V's famous lunge at an Auburn player, his appearance in several Hollywood films, and Sports Illustrated's decision to put him on the cover of its 1997 college sports issue-Damn Good Dogs! provides the backstory to more than fifty years of collegiate sports history. Wherever Georgia plays football, its famous mascot is there. At home games he stays cool in an air-conditioned doghouse or sits perched atop a bag of ice. When Herschel Walker won the Heisman Trophy in 1982, Uga IV became the only four-legged attendee at the Heisman banquet. And that-believe it or not-is just a small part of the history of the Georgia mascots. Lavishly illustrated with more than five hundred photos and images of memorabilia from the Seilers' private collection, this edition features more than eighty new pages of material on Uga VI, Uga VII, Uga VIII, and Russ, the super sub-including an Uga VIII photo album that is sure to be a fan favorite.

Publication of this book was made possible, in part, by the President's Venture Fund through generous gifts of the University of Georgia Partners.

A portion of the proceeds from sales of this book benefits the University of Georgia College of Veterinary Medicine.

If I ever get in trouble down South, first thing I'd do is call Sonny Seiler. If I ever got bored, I'd ask Sonny to pull up a chair. Pick up Damn Good Dogs! and you'll see what I mean. It's a damn good read!

—John Berendt, author of Midnight in the Garden of Good and Evil

For Bulldog fans, Uga can do no wrong. . . . Chock-full of evidence of Uga's eminence, including more than 500 photos, newspaper clippings and ads.

Let the word go forth to every present and future Georgia football player or coach. You may win the Heisman Trophy. You may capture the national championship. But no matter what you do, you will remain the A-Rod to Uga's Jeter. In the state of Georgia, Uga rules.

There are certain things in sports that need no explanation. . . . Uga's one of them. He's an icon.

Kent Hannon (Author)
KENT HANNON is editor of Terry Magazine at UGA's Terry College of Business. He has been a staff writer at Sports Illustrated, a bureau chief for the Atlanta Journal-Constitution, and editor of Georgia Magazine.

Sonny Seiler (Author)
SONNY SEILER is an attorney in Savannah. He is the owner of the English bull­dogs who have served as the University of Georgia's mascot since 1956. He was the victorious attorney in the murder trial made famous in the best-selling book Midnight in the Garden of Good and Evil. He later appeared with Uga V in Clint Eastwood's film version of that book. 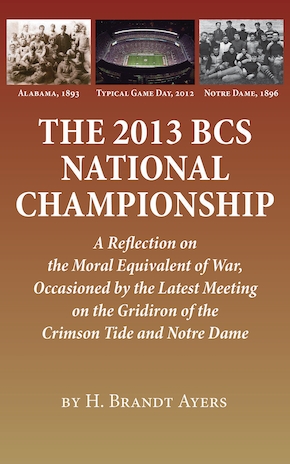