Home > Wars of Disruption and Resilience

Wars of Disruption and Resilience

Wars of Disruption and Resilience

Increasingly, the power of a large, complex, wired nation like the United States rests on its ability to disrupt would-be cyber attacks and to be resil­ient against a successful attack or recurring campaign. Addressing the con­cerns of both theorists and those on the national security front lines, Chris C. Demchak presents a unified strategy for survival in an interconnected, ever-messier, more surprising cybered world and examines the institutional adaptations required of our defense, intelligence, energy, and other critical sectors for national security.

Demchak introduces a strategy of "security resilience" against surprise attacks for a cybered world that is divided between modern, digitally vulner­able city-states and more dysfunctional global regions. Its key concepts build on theories of international relations, complexity in social-technical systems, and organizational-institutional adaptation. Demchak tests the strategy for reasonableness in history's few examples of states disrupting rather than conquering and being resilient to attacks, including ancient Athens and Sparta, several British colonial wars, and two American limited wars. She applies the strategy to modern political, social, and technical challenges and presents three kinds of institutional adaptation that predicate the success of the security resilience strategy in response. Finally, Demchak discusses implications for the future including new forms of cyber aggression like the Stuxnet worm, the rise of the cyber-command concept, and the competition between the U.S. and China as global cyber leaders.

Wars of Disruption and Resilience offers a blueprint for a national cyber-power strategy that is long in time horizon, flexible in target and scale, and practical enough to maintain the security of a digitized nation facing violent cybered conflict.

Wars of Disruption and Resilience is an important contribution to the cyber field, with both theoretical and policy implications. It will begin the debate on an issue important to the national security field.

Demchak's analysis is novel and innovative. It takes the study of problems posed by the vulnerabilities inherent in our increasingly cybered world in a new direction. The book will be essential reading for any academic engaged in the issue of cyber conflict and for any civilian and government officials involved in managing this very modern security problem.

Chris Demchak's work offers a much needed, refreshing and holistic view on a new and worrisome front of conflict-the cyberfront. Drawing on a rich background in technology and security studies and illustrating her thoughts with telling stories, she manages the huge task to address the large variety of issues in this complex field and systematize them into one coherent and syncretic framework of cybered conflict and cyberpower. The reader receives a rewarding impression of how cybered industrialized societies are, how omnipresent this new technological layer is and how vulnerable the ensuing dependencies make us. Finally, Demchak also offers an outlook on what needs to be done to confront this new threat. She highlights the knowledge and the institutional change needed to render information societies resilient against the growing number of bad actors. With this large scope and the lucid insights into the contexts and conditions of cyberpower, Demchak's book clearly distinguishes itself from its competitors and must be considered required reading for both the theory and practice of cybersecurity.

Cyber warfare is already a reality of the twenty-first century and how actors continue to plan for it will do much to help distinguish winners from losers for decades to come. Demchak's insights in Wars of Disruption and Resilience should be of critical salience for both academic analyses and policy-making that grapple with this rapidly changing and complex phenomenon.

Wars of Disruption and Resilience is a pick for any collection strong in political and international affairs and debates an issue key to any discussion of security. It provides an assessment of the cyberfront of conflict and blends technological and security issues with stories to address the issues of the field. From the importance of vulnerability of technology in developed countries to what can be done to fortify information societies against cyber criminals, this is a powerful assessment of world cyberpower and its vulnerabilities.

CHRIS C. DEMCHAK is an associate professor in the Strategic Research Department at the U.S. Naval War College. She is the author ofMilitary Organizations, Complex Machines: Modernization in the U.S. Armed Services, coauthor of Lessons of the Gulf War: Ascendant Technology and Declining Capability, and coeditor of Designing Resilience: Preparing for Extreme Events. She writes about cybered conflict on the New Atlanticist blog. 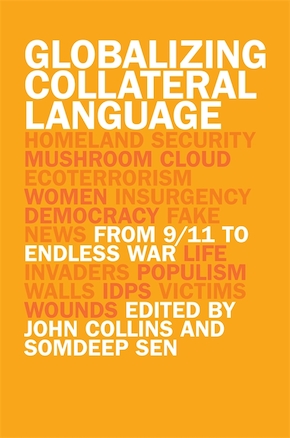