Herbert Stoddard and the Rise of Ecological Land Management

• Learn more about Herbert Stoddard at the New Georgia Encyclopedia

Herbert Stoddard and the Rise of Ecological Land Management

The Red Hills region of south Georgia and north Florida contains one of the most biologically diverse ecosystems in North America, with longleaf pine trees that are up to four hundred years old and an understory of unparalleled plant life. At first glance, the longleaf woodlands at plantations like Greenwood, outside Thomasville, Georgia, seem undisturbed by market economics and human activity, but Albert G. Way contends that this environment was socially produced and that its story adds nuance to the broader narrative of American conservation.

The Red Hills woodlands were thought of primarily as a healthful refuge for northern industrialists in the early twentieth century. When notable wildlife biologist Herbert Stoddard arrived in 1924, he began to recognize the area's ecological value. Stoddard was with the federal government, but he drew on local knowledge to craft his land management practices, to the point where a distinctly southern, agrarian form of ecological conservation emerged. This set of practices was in many respects progressive, particularly in its approach to fire management and species diversity, and much of it remains in effect today.

Using Stoddard as a window into this unique conservation landscape, Conserving Southern Longleaf positions the Red Hills as a valuable center for research into and understanding of wildlife biology, fire ecology, and the environmental appreciation of a region once dubbed simply the "pine barrens."

Albert Way provides a fascinating and enlightening environmental history of a critically endangered ecosystem, its modest champion, and the incendiary ideas that formed the basis of management for species diversity.

—Frederick R. Davis, author of The Man Who Saved Sea Turtles: Archie Carr and the Origins of Conservation Biology

Conserving Southern Longleaf tells the gripping story of a remarkable place-the Red Hills of Florida and Georgia-and the improbable naturalist-Herbert Stoddard-who solved the mystery surrounding the survival of the ancient longleaf pines that once dominated not only that particular region but also much of the southeastern coastal plains. Using vivid, engaging prose, Way shows how Stoddard's appreciation for local knowledge and practices led him to fundamentally challenge the forestry establishment of his day, help lay the foundations for modern wildlife management, and ultimately point the way to the development of conservation biology.

—Mark V. Barrow Jr., author of Nature's Ghosts: Confronting Extinction from the Age of Jefferson to the Age of Ecology

[A] lively, readable book. . . .[F]or those interested in changing models of land conservation and forestry during the twentieth century, especially on private land, it is essential reading on a key figure in these transfigurations. Finally, it is a wonderful example of the insights that can be gained by situating the history of scientific knowledge production in its environmental context.

A wonderful history of a time, place, and culture. All of us who manage natural resources today owe a great debt to Stoddard for his influence on how we view forests and wildlife. This book should be on the bookshelf of not only every longleaf enthusiast but every natural resource owner and manager.

Way is at his best when he unpacks the complex social and cultural issues swirling around these southern landscapes of 'wealth, privilege, and elitism. . . . Way has written a fascinating work that ought to encourage more scholars to examine the history of conservation in the South.

Way clearly demonstrates the importance of both [researcher Herbert] Stoddard and the contributions of the working southern forest to the advancement of the American conservation movement.

This book would make an ideal text for undergraduate or graduate environmental history courses. The book's purpose as a historical telling of the development of ecological land management also makes it relevant to those working in this field, as well as those interested in Aldo Leopold and others who shaped this movement. Finally, the book will appeal to general readers interested in the environmental movements of the past or present.

Way's volume is the first book, aside from Stoddard's 1969 autobiography, to document this important and underappreciated conservationist.

—Will Sarvis, Journal of Southern History

ALBERT G. WAY is an assistant professor of history at Kennesaw State University. He is coauthor of The Art of Managing Longleaf: A Personal History of the Stoddard-Neel Approach (Georgia). 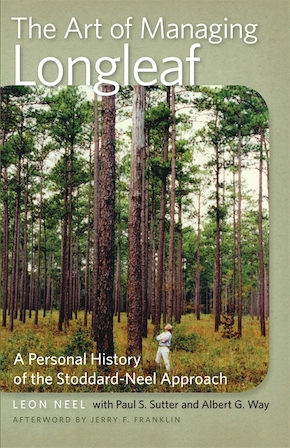 The Art of Managing Longleaf 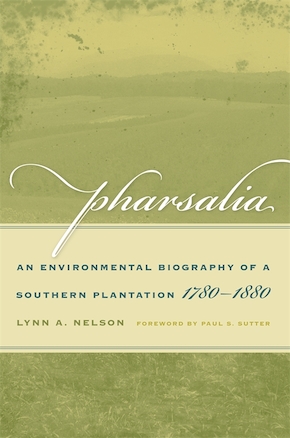