This is the first comprehensive history of the German-speaking settlers who emigrated to the Georgia colony from Germany, Alsace, Switzerland, Austria, and adjacent regions. Known collectively as the Georgia Dutch, they were the colony's most enterprising early settlers, and they played a vital role in gaining Britain's toehold in a territory also coveted by Spain and France.

The main body of the book is a chronological account of the Georgia Dutch from their earliest arrival in 1733 to their dispersal and absorption into what was, by 1783, an Anglo-American populace. Underscoring the harsh daily life of the common settler, George Fenwick Jones also highlights noteworthy individuals and events. He traces recurrent themes, including tensions between the realities of the settlers' lives and the aspirations and motivations of the colony's trustees and supporters; the web of relations between German- and English-speaking whites, African Americans, and Native Americans; and early signs of the genesis of a distinctly new and American sensibility.

Based on twenty-five years of research with primary documents in Europe and the United States, The Georgia Dutch is a welcome reappraisal of an ethnic group whose role in colonial history has, over time, been unfairly minimized.

Offers a wealth of invaluable, carefully assembled data on a hitherto marginalized topic and challenges the interpretative imagination of future historians. 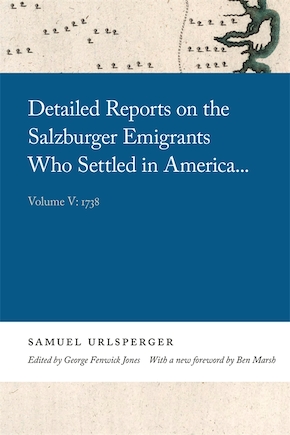 Detailed Reports on the Salzburger Emigrants Who Settled in America . . . 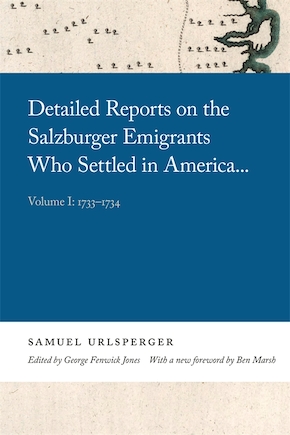 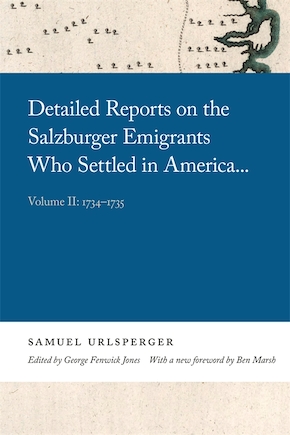