Home > My Work Is That of Conservation

George Washington Carver (ca. 1864–1943) is at once one of the most familiar and misunderstood figures in American history. In My Work Is That of Conservation, Mark D. Hersey reveals the life and work of this fascinating man who is widely—and reductively—known as the African American scientist who developed a wide variety of uses for the peanut.

Carver had a truly prolific career dedicated to studying the ways in which people ought to interact with the natural world, yet much of his work has been largely forgotten. Hersey rectifies this by tracing the evolution of Carver’s agricultural and environmental thought starting with his childhood in Missouri and Kansas and his education at the Iowa Agricultural College. Carver’s environmental vision came into focus when he moved to the Tuskegee Institute in Macon County, Alabama, where his sensibilities and training collided with the denuded agrosystems, deep poverty, and institutional racism of the Black Belt. It was there that Carver realized his most profound agricultural thinking, as his efforts to improve the lot of the area’s poorest farmers forced him to adjust his conception of scientific agriculture.

Hersey shows that in the hands of pioneers like Carver, Progressive Era agronomy was actually considerably “greener” than is often thought today. My Work Is That of Conservation uses Carver’s life story to explore aspects of southern environmental history and to place this important scientist within the early conservation movement.

Hersey looks at Carver’s life and contribution from the perspective of his interest in the environment and conservation, love of nature, and desire to help poor black farmers preserve farmland and make sustainable livings . . . Because of Carver’s close associations with poor black tenant farmers, his work and research reveal as much about their lives and struggles in a deeply racist agricultural system as they do about his vision of land conservation and his contributions to the broad context of the ecology movement.

In limiting the book to Carver's environmental concerns, Hersey has reminded us that Carver thought deeply about far more than peanuts, and it restores him within the environmental history of the south and within ecological history in general. Hersey, in clear prose and insightful understanding, has done a great service in raising Carver from the two-dimensional role he usually plays.

This is a spectacular book, deeply researched and gracefully written, which will enrich our understanding of the environmental history of the South and restore George Washington Carver to his rightful place in the history of environmental thought.

Hersey’s book offers a fresh, insightful, and nuanced interpretation of George Washington Carver and fills a significant gap in the growing literature on African American environmental history. The prose is clear and engaging, and it reads extremely well. This is a really good book.

Hersey shows that in the hands of pioneers like Carver, Progressive Era agronomy was actually considerably ‘greener’ than is often thought today. My Work Is That of Conservation uses Carver’s life story to explore aspects of southern environmental history and to place this important scientist within the early conservation movement.

My Work is That of Conservation is a quintessential addition to college and public library American biography collections, and worthy of the highest recommendation.

Mark D. Hersey’s book is gracefully written, exhaustively researched, insightful, and compelling. . . . His work reminds scholars of the importance of the land to understanding the southern past, something pioneers of the field appreciated but their successors forgot. Southern historians and others should put Hersey’s book at the top of their reading list.

There are several biographies of George Washington Carver in print, but this book, although highly specialized and detailed, would also serve for those who haven't read one.

MARK D. HERSEY is an assistant professor of history at Mississippi State University. 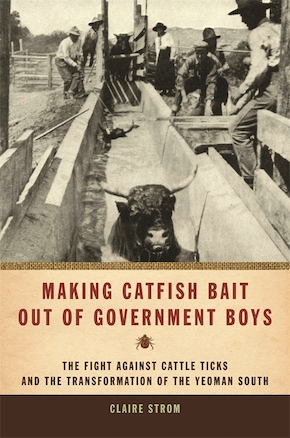