Scientists, Watermen, and the Maryland Chesapeake Bay since 1880

Scientists, Watermen, and the Maryland Chesapeake Bay since 1880

Oystermen have held on to traditional ways of life, and some continue to use preindustrial methods, tonging oysters by hand from small boats. Others use more intensive tools, and thus it is commonly believed that a lack of regulation enabled oystermen to exploit the bay to the point of ruin.

But Keiner offers an opposing view in which state officials, scientists, and oystermen created a regulated commons that sustained tidewater communities for decades. Not until the 1980s did a confluence of natural and unnatural disasters weaken the bay’s resilience enough to endanger the oyster resource. Keiner examines conflicts that pitted scientists in favor of privatization against watermen who used their power in the statehouse to stave off the forces of rural change. Her study breaks new ground regarding the evolution of environmental politics at the state rather than the federal level.

The Oyster Question concludes with the impassioned ongoing debate over introducing nonnative oysters to the Chesapeake Bay and how that proposal might affect the struggling watermen and their identity as the last hunter-gatherers of the industrialized world.

A first-rate analysis of the interaction between science, environment, and politics alongside one of the nation’s oldest and most important conservation problems. This book will be necessary reading for anyone who wonders why good science doesn’t necessarily lead to good policy, in resources management or any other area.

—Arthur F. McEvoy, author of The Fisherman's Problem: Ecology and Law in the California Fisheries, 1850–1980

An exciting contribution to both the history of science and environmental history. In this case study of the Maryland oyster fishery, Keiner does an excellent job of combining these two historical perspectives to shed new light on the depths of a problem that has challenged all of the American oyster states since the early nineteenth century. Through her analysis, Keiner effectively reframes how environmental historians have analyzed histories of common resources and provides a working model for integrating historical and ecological information to bridge the histories of science and environmental history.

—Journal of the History of Biology

An imaginative environmental history that combines politics, science, and the work of watermen. By considering the limits of social science research in relationship to one state's unique legislative practices, Keiner makes a compelling argument for viewing natural resource struggles from multiple, locally situated perspectives.

In The Oyster Question, Christine Keiner adds depth and nuance to this more complex view of conservation. Tracing the history of scientific research and the oyster fishery in Chesapeake Bay, she demonstrates how science and conservation must be understood as local phenomena that are shaped by specific environmental and social contexts.

The Oyster Question is a must read for those of us who study the Chesapeake Bay and its oysters, for the watermen who still harvest oysters, and for watershed’s citizens whose daily economic, political and cultural life choices affect the health of North American’s largest estuary. The book provides the reader with a wide-range of information on history of the oyster fishery, the harvest practices and knowledge of watermen, race relations on the water, various key legislations and management policies that have shaped the oyster fishery, and the cultural importance of oysters to the region. These contributions alone make this one of the best, recent books written on the Chesapeake Bay.

Keiner's rich analysis of the politics of science and her insightful comparisons between governmental programs for farmers and those for fishermen demonstrate the importance of connecting the history of the marine landscapes to understandings of history on land.

CHRISTINE KEINER is a professor of science, technology, and society at Rochester Institute of Technology and the author of The Oyster Question: Scientists, Watermen, and the Maryland Chesapeake Bay since 1880 (Georgia). 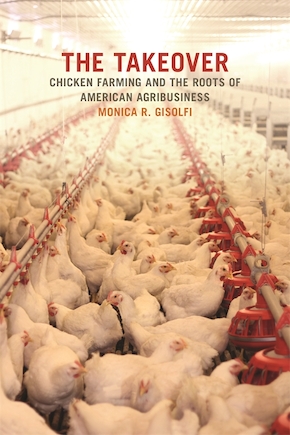