Home > The Labor of Words

Literary Professionalism in the Progressive Era

Literary Professionalism in the Progressive Era

In the three decades after 1885, a virtual explosion in the nation's print media-newspaper tabloids, inexpensive magazines, and best-selling books-vaulted the American writer to unprecedented heights of cultural and political influence. The Labor of Words traces the impact of this mass literary marketplace on Progressive era writers. Using the works and careers of Jack London, Upton Sinclair, David Graham Phillips, and Lincoln Steffens as case studies, Christopher P. Wilson measures the advantages and costs of the new professional literary role and captures the drama of this transformative epoch in American journalism and letters.

A fascinating book . . . Wilson analyzes how each man responded, for his own reasons and in his own ways, to the literary professionalism of the time and how all four eventually became disillusioned with their careers.

Wilson's book is less a reinvention than it is a reenvisioning. . . . In a compact chronicle and analysis he reveals how newspapers, literary journals, and book publishing adapted to a revolutionary economics challenging the genteel manners of the Gilded Age and initiated a highly competitive, engineered mass-marketing of news, information, and fiction.

Demonstrates forcefully the intimate and continuing connections between reporting and the practice and themes of American fiction.

CHRISTOPHER P. WILSON is a professor of English at Boston College. He is the author of The Labor of Words: Literary Professionalism in the Progressive Era (Georgia), Cop Knowledge: Police Power and Cultural Narrative in 20th Century America, and Learning to Live with Crime: American Crime Narrative in the Neoconservative Turn. 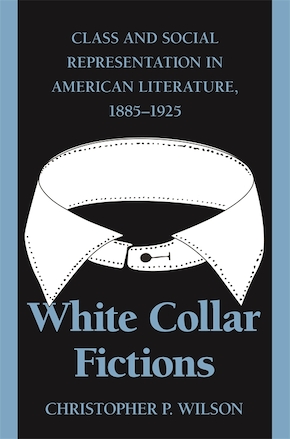