Published in 1967, the letters in this volume reveal the experiences of four Georgia soldiers who served in Company H of the Eleventh Regiment, Georgia Volunteers, under Stonewall Jackson. Most of the letters were written by James Thomas Thompson, a young farmer from Walton County. During the two years he served, Thompson seems to have never lost his enthusiasm for the soldier’s life. His letters are full of admiration for his offi cers, comments about his duties, requests for clothing, accounts of marching, advice to his father about managing the plantation, and indications of his religious faith. Other letters were written by Kittrell Warren, Captain Matthew Talbot Nunnally, and William Laseter. From their correspondence emerges a vivid description of a soldier’s daily life in the Civil War. Austin’s historical narrative provides the reader with a context for the events discussed.

AURELIA AUSTIN (1912–1998) was the author of several books, including Capt. Nathaniel (Nathan) Austin, and His Sons of the American Revolution. She was a distant relative of James Thomas Thompson. For Georgia Boys, Austin received the Georgia Writers Association literary scroll in 1968. 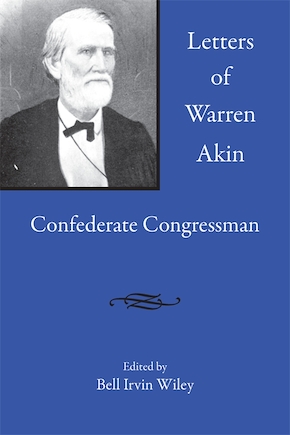