Scholars have long debated the question of Ralph Waldo Emerson's relationship to the abolition movement and the degree of his commitment to the antislavery cause. Some early commentators depicted Emerson as an active social reformer, while others have seen him as a contemplative dreamer, serenely aloof from frenetic reform activity.

In Virtue's Hero, Len Gougeon draws on a huge array of primary documents-unpublished speeches, the correspondence of abolitionists, family papers, records of abolition society meetings, and more-to offer a detailed and comprehensive account of Emerson's antislavery position. Tracing the development of Emerson's thought in both his personal and public reactions to the social crises that sprang from the slavery issue, Gougeon shows conclusively that the New England Transcendentalist not only philosophized about reform but actually immersed himself in it. Time and again, he demonstrated the depth of his commitment to the power of personal virtue and to the principle articulated in his 1837 address "The American Scholar": "Action," he declared, "is with the scholar subordinate, but it is essential. Without it he is not yet man."

The definitive account of a life of activism that we knew about but did not, until now, fully appreciate.

A book that no student of Emerson, abolitionism, or antebellum American culture can afford to ignore.

LEN GOUGEON is a professor of American literature and Distinguished University Fellow at the University of Scranton. He is coeditor ofEmerson's Antislavery Writings and author ofEmerson & Eros: The Making of a Cultural Hero. In 2008 he received the Distinguished Achievement Award from the Ralph Waldo Emerson Society. 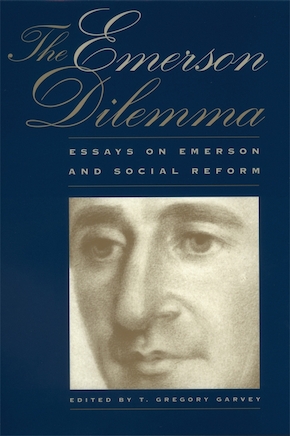