The Legacy of William Buchanan

The Legacy of William Buchanan

In Southern Timberman, Archer H. Mayor traces the legacy of William Buchanan and the companies he owned along the borders of Texas, Louisiana, and Arkansas, from his first lumber mill in the early 1880s to the sale of the last company in 1979. Like many self-made men, Buchanan was known for both his compassion and his relentlessness. To the hundreds of workers who lived in his company-built mill towns, “Old Man” Buchanan was a caring father figure. To his business associates, he was a strong-willed profiteer—a God-fearing, “cut-out-and-get-out” lumberman whose crews laid waste to thousands of acres of virgin pineland.

Whatever his tactics, William Buchanan had a gift for making money. By the time he died in 1923, he was one of the wealthiest men in the South. Southern Timberman is also the story of a strong, volatile family who fought—sometimes among themselves—to preserve that fortune. Tracing the growth of Buchanan’s ventures from the first acre of virgin pine to the charged atmosphere of the corporate boardroom, Mayor paints a compelling family portrait set against the background of America’s oil and timber industries.

Southern Timberman should interest a variety of readers, including conservationists, students of business history, and historians of the post-Reconstruction South. It is a rewarding and enlightening book.

The physical aspects of the book, including the photographs, are excellent. The language is fresh, vivid, and convincing. It is a good book and true to our understanding of the cutting and rebuilding of the southern forest.

Mayor does an excellent job of describing and analyzing the companies of William Buchanan and his successors and of relating their situation to the larger story of the southern forest products industry. 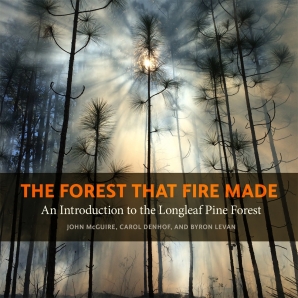