Home > Grace Towns Hamilton and the Politics of Southern Change

No history of the civil rights era in the South would be complete without an account of the remarkable life and career of Grace Towns Hamilton, the first African American woman in the Deep South to be elected to a state legislature.

A national official of the Young Women's Christian Association early in her career, Hamilton later headed the Atlanta Urban League, where she worked within the confines of segregation to equalize African American access to education, health care, and voting rights. In the Georgia legislature from 1965 until 1984, she exercised considerable power as a leader in the black struggle for local, state, and national offices, promoting interracial cooperation as the key to racial justice. Her probity and moderation paved the way for the election of other black women, and by the end of her political career no southern legislature was without women members of her race.

Lorraine Nelson Spritzer and Jean B. Bergmark examine two generations of African American history to give the long view of Hamilton's activism. The life spans of Hamilton and her father, an Atlanta University professor who was her greatest mentor, encompassed the best and worst of the African American experience, inevitably shaping Hamilton's outlook and achievements.

Grace Towns Hamilton's story should be read by all who want to know the whole story of the South's racial revolution.

Spritzer and Bergmark have captured the velvet essence of 'the most influential black woman of the twentieth century in Atlanta.

Spritzer and Bergmark have significantly expanded our understanding of Hamilton's influence and impact on southern politics.

Lorraine Nelson Spritzer (Author)
LORRAINE NELSON SPRITZER, a former newspaperwoman, first met Helen Mankin as a reporter for the Capitol Bureau of the Atlanta Constitution and followed the congresswoman's career to Washington D.C. She now works as a freelance writer out of Tempe, Arizona. Spritzer is also coauthor of Grace Towns Hamilton and the Politics of Southern Change (Georgia).

Jean B. Bergmark (Author)
JEAN B. BERGMARK, a freelance writer based in Atlanta, is the coauthor of Notable Men and Women of the Civil War. 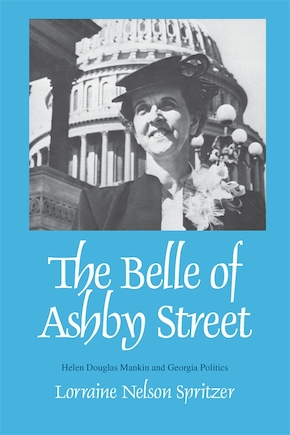