Home > The Belle of Ashby Street

This biography of the first woman to be elected to Congress from the state of Georgia is more than the story of one woman's challenge of the political establishment. It also covers professional women in the modern South, southern liberalism in the New Deal era and beyond, and the gathering forces of racial change in the era immediately preceding the civil rights movement.

A courageous and high-spirited woman, Helen Douglas Mankin drove an ambulance in France in 1918, made a daring cross-country motor-car tour with her sister in 1922, and was one of the first women to practice law before the state bar. Her political career began in 1936, when she was elected to the state legislature from Atlanta. During her four terms in office she worked for progressive legislation in the areas of child welfare, education, electoral reform, and women's rights. In 1946 when a special election was called to fill the unexpired term of Fifth District Congressman Robert Ramspeck, Helen Mankin left the legislature to seek the office. Of the seventeen candidates in the race, only Mankin actively sought the support of the black community, and she won the seat by a margin smaller than her vote in the heavily black Ashby Street precinct of Atlanta. Talmadge dubbed her "the Belle of Ashby Street" and belittled "the spectacle of Atlanta Negroes sending a Congresswoman to Washington."

She was renominated in the no longer all-white Democratic primary of July 1946, winning more popular votes than her nearest opponent, but the entrenched political forces in the state unified to orchestrate her defeat and her opponent claimed victory. Although her tenure in Congress was brief and she never again held office, her legacy is one of courage and conviction in an era that saw many changes in the South and the nation.

At last, here is a biography of one of America's most courageous women. . . . Lorraine Spritzer deserves commendation for committing Mankin's life to well-written prose.

Clear and well documented . . . The Belle of Ashby Street is a worthwhile contribution to southern political history and biography.

LORRAINE NELSON SPRITZER, a former newspaperwoman, first met Helen Mankin as a reporter for the Capitol Bureau of the Atlanta Constitution and followed the congresswoman's career to Washington D.C. She now works as a freelance writer out of Tempe, Arizona. Spritzer is also coauthor of Grace Towns Hamilton and the Politics of Southern Change (Georgia). 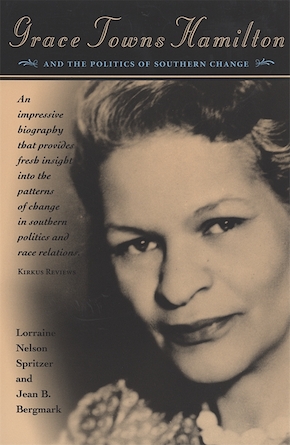 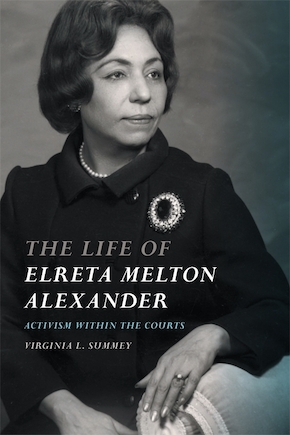