The Diary of Dolly Lunt Burge is the compelling story of an ordinary woman rising to meet extraordinary challenges in nineteenth-century Georgia. Dolly Lunt Burge's full life was remarkable for the range of roles she filled and the variety of her experiences. That her life coincided with critical transformations in America and that she recorded her experiences within this historical context make her diary all the more noteworthy.

Burge moved from Maine to Georgia with her physician husband in the 1840s. By the time she began her diary at age thirty, Dolly had lost her husband and her only living child to illness. A devout and self-sufficient schoolteacher, she soon married again, to Thomas Burge, a planter and widowed father of four. Upon her second husband's death in 1858, Dolly independently ran the plantation, located in Mansfield. She remained there during the Civil War, witnessing Sherman's famous march through the area. Dolly married a third and final time, in 1866, to Rev. William Parks, a prominent Methodist minister. Through it all, Dolly recorded the changes in her life and her country, describing her surroundings, friends, family, and feelings in thoughtful, moving language.

Originally published in part as A Woman's Wartime Journal: An Account of Sherman's Devastation of a Southern Plantation (1918), this journal was published in its entirety in 1962. This full version, first published in 1997 and based on a new transcription

CHRISTINE JACOBSON CARTER is a visiting lecturer in the department of history at Georgia State University. She is the author of Southern Single Blessedness. 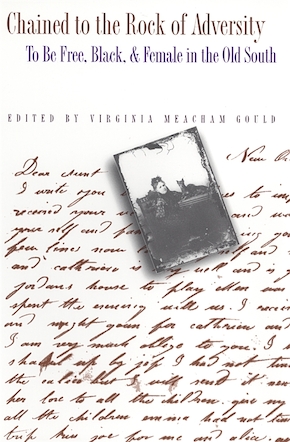 Chained to the Rock of Adversity