Descending into the Myth of Deliverance River

• Learn more about the Chattooga River at the New Georgia Encyclopedia

Descending into the Myth of Deliverance River

Before the novel and the film Deliverance appeared in the early 1970s, any outsiders one met along the Chattooga River were likely serious canoeists or anglers. In later years, untold numbers and kinds of people have felt the draw of the river's torrents, which pour down the Appalachians along the Georgia-South Carolina border. Because of Deliverance the Chattooga looms enigmatically in our shared imagination, as iconic as Twain's Mississippi-or maybe Conrad's Congo.

This is John Lane's search for the real Chattooga-for the truths that reside somewhere in the river's rapids, along its shores, or in its travelers' hearts. Lane balances the dark, indifferent mythical river of Deliverance against the Chattooga known to locals and to the outdoors enthusiasts who first mastered its treacherous vortices and hydraulics. Starting at its headwaters, Lane leads us down the river and through its complex history to its current status as a National Wild and Scenic River. Along the way he stops for talks with conservation activists, seventh-generation residents, locals who played parts in the movie, day visitors, and others. Lane weaves into each encounter an abundance of details drawn from his perceptive readings and viewings of Deliverance and his wide-ranging knowledge of the Chattooga watershed. At the end of his run, Lane leaves us still fully possessed by the Chattooga's mystery, yet better informed about its place in his world and ours.

Having previously explored the river, Lane returns to journey the entire length of it, describing its natural beauty and danger as well as pausing to view it through the prism of Dickey's book. . . . Lane artfully applies his poetic sensibility to the river itself. . . . Lane's own writing and observations are good enough to stand outside of Dickey's considerable shadow.

Lane's book is a personal narrative that skillfully navigates the contemporary cultural and ecological history of its subject. . . . A writer who would obviously rather paddle first and theorize later, Lane prefers to let the river speak for itself.

In this readable meditation, Lane convincingly demonstrates that Dickey's disturbing and powerful vision exists only 'on the shelf and on the screen.' The reality is much more complex.

At places, Lane's descriptions cause you to pause and take it all in, to eddy out in the reading and savor the flow of memories you have of rivers. If you've ever spent time in a boat without a motor, you'll enjoy reading the coincidence of feelings and shared conversations you've had on the water.

While the book skims the surface of Dickey's and Boorman's brutal world, Lane is at his strongest when writing about his own observations of the river and the people who live along its banks. . . . Despite using Deliverance's cultural hook, readers will discover-through Lane's vivid descriptions, smooth prose and obvious passion for the environment and the Chattooga-that the author has charted a course all his own, one where the wild and scenic river is one of the strongest characters.

Throughout this book we meet not only the Chattooga, but we meet as well a man who can write with the force and power of the currents he describes. Lane not only has the descriptive talents to give us the river and the geography of the river, but he also gives us wonderful, short, and accurate descriptions of those whom he meets. Lane has the eye and the knowledge of craft to bring to life a scene in just a sentence or two, to capture a personality in just a few words. 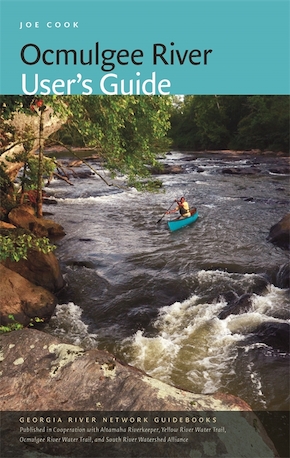 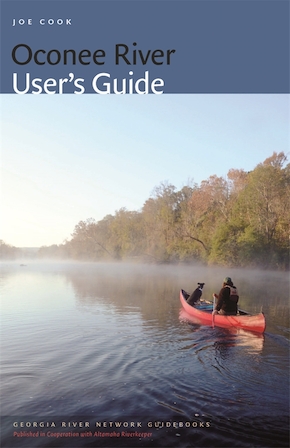