The Rise of a New South Industry

With David B. Parker

• Learn more about the carpet industry at the New Georgia Encyclopedia

The Rise of a New South Industry

With David B. Parker

After World War II, the carpet industry came to be identified with the Dalton region of northwest Georgia. Here, entrepreneurs hit upon a new technology called tufting, which enabled them to take control of this important segment of America’s textile industry, previously dominated by woven-wool carpet manufacturers in the Northeast. Dalton now dominates carpet production in the United States, manufacturing 70 percent of the domestic product, and prides itself as the carpet capital of the world.

Carpet Capital is a story of revolutionary changes that transformed both an industry and a region. Its balanced and candid account details the rise of a home-grown southern industry and entrepreneurial capitalism at a time when other southern state and local governments sought to attract capital and technology from outside the region.

The book summarizes the development of the American carpet industry from the early nineteenth century through the 1930s. In describing the tufted carpet boom, it focuses on Barwick Mills, Galaxy Mills, and Shaw Industries as representative of various phases in the industry’s history. It tells how owners coordinated efforts to keep carpet mills unorganized, despite efforts of the Textile Workers Union of America, by promoting a vision of the future based on individual ambition rather than collective security.

Randall L. Patton and David B. Parker show that Dalton has evolved in much the same way as California’s Silicon Valley, experiencing both a rapid expansion of new firms started by entrepreneurs who had apprenticed in older firms and an air of cooperation both among owners and between mills and local government. Their close examination of this industry provides important insights for scholars and business leaders alike, enhancing our appreciation of entrepreneurial achievement and broadening our understanding of economic growth in the modern South.

An important first book on an essential chapter of the South's economic history.

An informative and detailed study of the innovators who developed the technology and the entrepreneurs who established the tufted carpet industry in the Dalton region of northwest Georgia.

Places the distinctive story of the tufted carpet industry within broad and well-informed historiographical contexts.

This fine book will immediately become the standard text in what promises to be a growing field of scholarship. Dalton's carpet revolution has much to say to historians of business, labor and regional economic development.

A very important book for several different audiences. The rise of the tufted carpet industry in northwest Georgia is one of the most significant episodes in the economic development of the modern South and an important case study in the history of American manufacturing since World War II. The Dalton carpet industry story is, as Patton and Parker demonstrate conclusively, one of ‘indigenous entrpreneurial capitalism' and as such offers a needed corrective to the interpretation of southern industrialization that focuses solely on the attraction of capital, technology and firms from outside the region. The carpet story, in sum, will be of interest to those who care about the future of manufacturing as well as about its past.

Randall L. Patton (Author)
RANDALL L. PATTON is a professor of history at Kennesaw State University. He is coauthor, with David B. Parker, of Carpet Capital: The Rise of a New South Industry, author of Shaw Industries: A History, and editor of Working for Equality: The Narrative of Harry Hudson (all Georgia).

David B. Parker (With)
DAVID B. PARKER is a professor of history at Kennesaw State University. He is the author of Alias Bill Arp: Charles Henry Smith and the South's "Goodly Heritage". 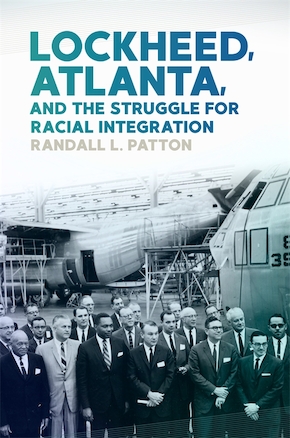 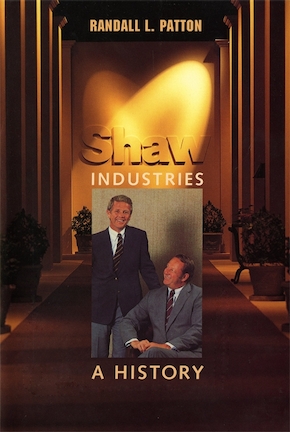