John Franklin Jameson (1859-1937) was instrumental in the development of history as an academic discipline in the United States. After the Johns Hopkins University awarded him the country's first doctorate in history, he became a founder of the American Historical Association, served as the first managing editor of the American Historical Review, and was a key figure in the creation of the National Archives, the National Historical Publications Commission, and the Dictionary of American Biography.

This book, the first volume in an ambitious documentary edition of Jameson's public and private papers, contains essays representing Jameson's own scholarly concerns, followed by documents that reflect his role as an advocate for public support of historical and humanistic research. Many of these writings appear in print here for the first time.

As a writer on historical subjects, Jameson is best known for his small book on the American Revolution, published late in his career. The scholarly essays contained in this volume, however, reveal pioneering work in a variety of subjects, including American political history, black history, southern constitutional and political history, and social history. In such writings Jameson showed great sensitivity to the significance of race, religion, ethnicity, and culture as historical elements. At a time when the study of American political institutions predominated among historical scholars, Jameson championed the claims of social, economic, and religious history and provided a basis for further research that historians have yet to exploit fully.

The remaining documents in this volume not only demonstrate Jameson's advocacy of scholarship but also reveal him as a thoughtful commentator on the academic world at a crucial point in its development. Jameson entreated historical societies and professional scholars to decide for themselves the historical research that needed to be done and to seek support accordingly, instead of simply doing whatever work wealthy patrons were willing to subsidize. Similarly, he told colleges and universities to give scholars the freedom to engage in research without being hamstrung by the predilections of trustees. And, finally, he admonished the federal government to fulfill its responsibility to protect and publish historically significant documents.

"As a young scholar," notes Morey Rothberg in his introduction, "Jameson was trapped between his desire to explore the social aspects of American political history and his conservative political instincts which appeared to frustrate that ambition. Consequently, he established a career as an institution builder rather than as a writer of historical narrative. He ultimately provided the American historical profession a national structure within which the distinctive elements of race, ethnicity, class, and culture could be investigated by others, since he could not bring himself to attempt this task."

The two future volumes in this project will bring together Jameson's correspondence and other documents that detail Jameson's strategies for encouraging the growth of professional scholarship. The completed project promises a wealth of rich insights into the significance of humanistic research and education in contemporary society--a tool not only for historians but also for cultural administrators, journalists, and those involved in politics and government.

MOREY ROTHBERG is the director of the John Franklin Jameson Papers Project. He is currently writing a biography of Jameson. 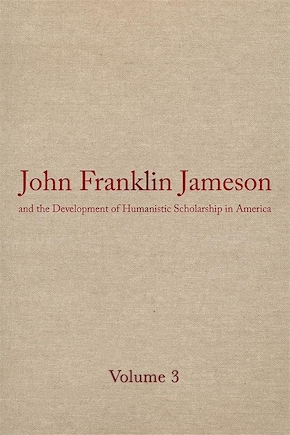 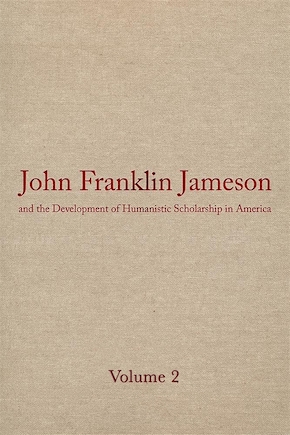 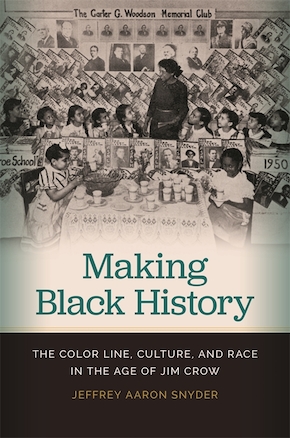