SUE BRANNAN WALKER is professor emerita at the University of South Alabama, where she taught literature and creative writing for thirty-five years. She has served as president of the Alabama Writers Forum, the Alabama State Poetry Society, and the Alabama Writers Conclave and is the editor and publisher of Negative Capability Press. From 2003 to 2012, she was Poet Laureate of Alabama. She has published ten books of poetry, a play, numerous book reviews, and many critical articles. Her book In the Realm of Rivers: Alabama's Mobile-Tensaw Delta, with a foreword by Edward O. Wilson, was published by NewSouth Books in 2005. 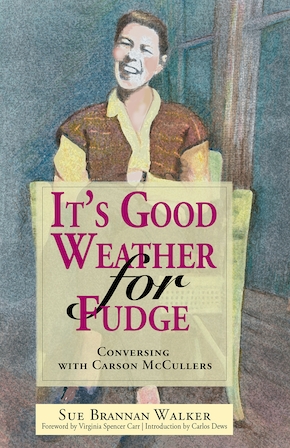 It's Good Weather for Fudge