SONNY SEILER is an attorney in Savannah. He is the owner of the English bull­dogs who have served as the University of Georgia's mascot since 1956. He was the victorious attorney in the murder trial made famous in the best-selling book Midnight in the Garden of Good and Evil. He later appeared with Uga V in Clint Eastwood's film version of that book. 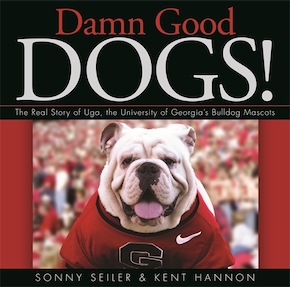