DR. JAMES A. PITTMAN, JR. had a long, storied medical career. He received an MD from Harvard University. In Birmingham, he served as chief resident in the University of Alabama Birmingham's Department of Medicine. In 1973, after many achievements and accolades, Pittman became dean of the UAB School of Medicine and served an unprecedented 19 years in the position. He was named both Distinguished Alumnus of the Alabama Medical Alumni Association and Distinguished Professor by UAB. During his years as a teaching doctor, he became a friend and mentee of Dr. Tinsley Harrison. Recognizing the importance of Harrison's contributions to the field, Pittman spent decades researching Harrison's life. Pittman wrote many professional articles, but this is his only book. 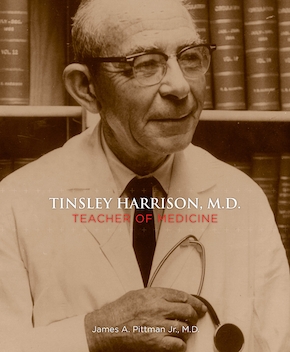