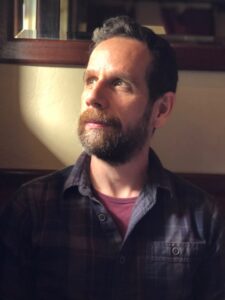 Patrick Earl Ryan was born and raised in New Orleans. He won the 2019 Flannery O’Connor Award with his short story collection, If We Were Electric, which was published in 2020. His fiction has appeared in many journals, including Ontario Review, Best New American Voices 2001, and Pleiades. He is the former editor in chief of Fourteen Hills and was the founder and editor in chief of the LGBTQ+ literary journal Lodestar Quarterly.