Home > Memories of a Tuskegee Airmen Nurse and Her Military Sisters

A person's scrapbook can tell a lot about a person's life or one period of someone's life--joys and sorrow, challenges and successes, problems and solutions. Memories of a Tuskegee Airmen Nurse and her Military Sisters focuses on a four-year period from 1942 to 1946 during World War II when up to 28 women from the Army Nurse Corps staffed the station hospital on the base where the future Tuskegee Airmen were undergoing basic and advanced pilot training.


These women were African-Americans, graduates of nursing schools throughout the country, registered nurses and lieutenants in the Army Nurse Corps. They were military officers and the pilot cadets saluted them. My mother was one of those angels of mercy. My mom, the former First LT Louise Lomax, did not talk much about her ten years of military nursing, but her Tuskegee Army Flying School scrapbook told a story, nevertheless.


I may have seen this scrapbook when I was much younger. However, when my mother became ill and had to be cared for in a nursing home, I, her only child, had to close up her apartment. Among her things, I found the Tuskegee Army Flying School scrapbook. I saw that the Tuskegee Airmen were not the only ones making black history during World War II, but the nurses had to fight gender as well as racial discrimination. Through my research, I found out more about them. It was time for their story to be told.

Pia Marie Winters Jordan’s new book focuses on the long-untold story of the Black nurses at Tuskegee Army Airfield, where they provided health care for Tuskegee Airmen pilots undergoing basic and advanced flight training during World War II. As the daughter of one of the military nurses, Jordan inherited her mother’s scrapbook and was inspired to create this very special volume, which describes the vital role played by those who were not pilots but who provided essential ground support for them. Significantly, the book highlights the role of Black women as World War II military officers, a subject that has long been neglected. Her description of individual Tuskegee Airmen nurses reminds readers that the story of World War II was not just about groups but individuals, each one with her own story, each as concerned with equal rights and opportunities as any of the other Tuskegee Airmen, and each dedicated to victory for the United States over its enemies and the enemies of freedom.

The incredible, little-known story of the Tuskegee Airmen nurses is finally told. Written by Pia Jordan, daughter of Tuskegee Army Nurse Louise Lomax, this book provides a fascinating personal view of their history informed by conversations the author had with other airmen nurses and their families. These nurses served stateside and abroad. Fighting against segregation, discrimination, and Jim Crow laws to join the American Nurses Association and the Army Air Corps, these ladies persevered and achieved. They too are Documented Original Tuskegee Airmen (DOTA). This book recounts their amazing story.

Here is a book—engaging and significant—that tells of the trials and triumphs of a group of trailblazing Black nurses, whose work has essentially been invisible till now. The personal and professional lives of the Army Nurse Corps of Tuskegee Air Base come alive in this work. A poignant and uplifting read.

Jordan’s passion for the legacy of the Tuskegee Airmen nurses is evident in this fine work. This book is truly a labor of love and a worthwhile read.

Memories of a Tuskegee Airmen Nurse and Her Military Sisters is a remarkable book that tells the story of twenty-seven trailblazing young women who embarked on a journey to serve their county by providing nursing care. They served with honor, setting new standards for me and other women of color who entered the military as nursing corps officers in the Air Force, Army, and Navy. I salute these brave women. Thanks to Pia Marie Winters Jordan for telling their story.

PIA MARIE WINTERS JORDAN is the project director of the Tuskegee Army Nurses Project and continues to work on a multimedia documentary on the Army Nurse Corps members who served with the Tuskegee Airmen during World War II. Jordan retired in 2018 as an associate professor in the School of Global Journalism and Communication at Morgan State University in Baltimore, Maryland. She lives in St. Petersburg, Florida. 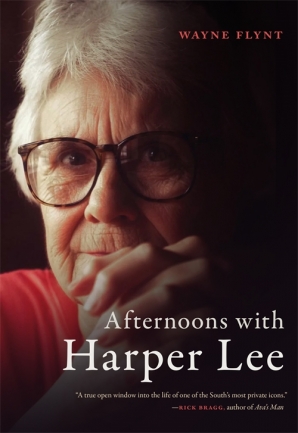