The Caldwells' Story of Survival

Illustrations: rare photos of the family that survived

The Caldwells' Story of Survival

From author Julie Hedgepeth Williams, winner of the 2021 Kobre Award for Lifetime Achievement in Journalism History

Albert and Sylvia Caldwell were one of those rare Titanic families who lived through the tragedy at sea. Their lucky rescue aboard the Lifeboat 13 is told for the first time here. But the trip was only one part of a bigger nightmare. The Caldwells had been Presbyterian missionaries in Bangkok, Siam, but fled in what they described as a desperate journey around the world to save Sylvia’s health. Fellow missionaries, however, believed that the couple had plotted to renege on their contract at financial loss to the church. Not even sinking Titanic ended the hunt for the Caldwells. A Rare Titanic Family follows all the true-life plot twists of a family who successfully fled aboard the Titanic but never could get out from under the shadow the ship cast over them.

A Rare Titanic Family is a one-of-a-kind biography of a rarely heard story of that sinking ship.

Julie Williams has an uncanny ability to take your hand and make you fly with her to times past as you read her prose. You hear the music in church, you hear the rustle of the dresses shown in numerous original photographs, you feel the chilly air on your face when she describes the night setting on the doomed ship. More, much more than just a survival story, A Rare Titanic Family is a gem.

Williams presents a warm biography of her great-uncle by marriage, his first wife, and their son—one of the few families to escape intact from the sinking of Titanic. Related with obvious affection for her great-uncle, the author also gives a good sense of the difficulties in piecing together family histories and how even close relatives might not know the whole story. In addition to Titanic buffs, genealogists and missionary history readers will like this.

Williams’s book is a compelling page turner and a first-hand account that will keep the reader ensconced.

A work of familial devotion with historical value, Williams’s account of the Caldwells' travails and triumphs adds valuable context to the annals of the world's most famous maritime disaster.

A Rare Titanic Family is a rare work indeed. Ms. Williams has taken a seemingly ordinary family and not only describes in detail their experiences in the worst sea disaster of their era, but also describes the fascinating and unusual circumstances which led them to be on board the Titanic, carefully analyzing any variations in her sources. She then follows up with an equally interesting study of their lives afterward and how they were personally affected by the sinking. This is an unusual look at the private lives of three people who faced death on the North Atlantic, and survived to tell the tale.

—Don Lynch, former vice president of the Titanic Historical Society, author of Titanic: An Illustrated History and Ghosts of the Abyss

A Rare Titanic Family, by Julie Hedgepeth Williams, is the gripping story of the survival of the Caldwell family during the tragic sinking of the Titanic. It is beautifully told by Albert Caldwell’s great-niece Julie Williams.

—Sandra Stiles, The Musings of a Book Addict

Cleanly written and well-researched, this book is recommended as another way to experience the human face of the Titanic tragedy.

Written with sensitivity and meticulously researched, this book is an important addition to the Titanic canon.

—George Behe, author of On Board RMS Titanic

JULIE HEDGEPETH WILLIAMS is a journalism professor at Samford University. She received a BA in English and history from Principia College in Elsah, Illinois, and a Masters in Journalism and a PhD in Mass Communications from the University of Alabama. 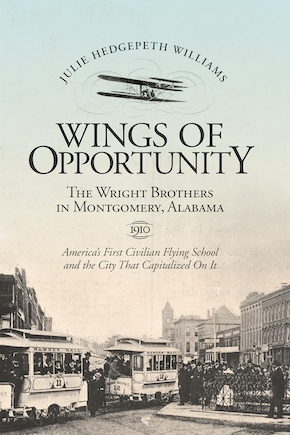