The Wright Brothers in Montgomery, Alabama, 1910

The Wright Brothers in Montgomery, Alabama, 1910

From author Julie Hedgepeth Williams, winner of the 2021 Kobre Award for Lifetime Achievement in Journalism History

In 1910, Orville and Wilbur Wright opened the first US civilian flight school in Montgomery, Alabama. The Wright Brothers hoped to find a climate warmer and more hospitable to flying than their company base of snowy Dayton, Ohio, even as forward-thinking Montgomerians heralded the school as a way to rise above the shadow of the Civil War. Author Julie Hedgepeth Williams chronicles the short life of this flight school as seen mainly through the eyes of the Alabama press, whose reporting and sometimes misreporting “reflected the misconceptions, hopes, dreams, and fears about aviation in 1910, painting a picture of a time when flight was untested, unsteady, and unavailable to most people.”

For a short time in 1910, Montgomery, Alabama, became the center of the world’s fledgling aviation industry. Civic leaders, hoping to improve the city’s and the South’s public image, lured Orville and Wilbur Wright to set up America’s first civilian school to train pilots. In Wings of Opportunity, Julie Williams vividly recreates the complex tale of civic pride, two aviation pioneers who had little interest in public image, local journalists who didn’t know what to make of them, and the fascination of ordinary citizens with the amazing invention of flight. An accomplished historian, Dr. Williams shows with this account that she is also a masterful storyteller.

Puts a timely spotlight on a little-known chapter of aviation history. [Julie Williams] writes in a good-humored informal style [and] deftly puts [contemporary journalists’] sometimes misguided musings into perspective. Wings of Opportunity blends her knowledge of journalism and history. It tells about big ideas and forward thinking that are as appropriate today as they were in 1910. It will appeal to readers interested in aviation and history everywhere and especially to a wide range of people in Alabama.

The Wright Brothers' Montgomery, Alabama flight school was opened in 1910, and their aircraft was powered by a thirty-five horsepower engine. The flying machine was both crude and flimsy, but it did fly. As Williams points out, airplanes were hot items in everyone's imaginations during this moment in American history, and this new school stirred the imaginations of the hard-working folk in Montgomery. Today, as we fly in comfort across our country, we should pause and remember how it all started. We owe special thanks to the Wright Brothers and also to Julie Williams for this well researched and most enjoyable book.

Julie Williams has written a tidy, entertaining account of the first school established in America to teach civilian pilots.

Wings of Opportunity is a significant and timely contribution to the preservation of this unique and important aspect of Alabama history. Although the book specifically addresses the history of aviation in Alabama, the manner in which the subject is presented is both interesting and informative for readers of varied backgrounds and interests.

Julie Hedgepeth Williams creates vivid scenes in her history of an encounter between innovation and public relations that changed the world. [She] weaves a riveting tapestry of the early history of aviation and the growing pains of a southern city trying to shake off the negative splatter of the Civil War. Besides aviation buffs, scholars interested in newspapers as community builders, public relations as fundraising for inventors, and the power of technology to transform culture will find Wings of Opportunity a lively read.

If you are interested in the lesser-known details of the saga of powered flight, this slim volume is a gem that you should not miss reading.

A remarkable book. I absolutely could not put it down. Williams has made an invaluable contribution to documenting aviation history in Alabama.

JULIE HEDGEPETH WILLIAMS is a journalism professor at Samford University. She received a BA in English and history from Principia College in Elsah, Illinois, and a Masters in Journalism and a PhD in Mass Communications from the University of Alabama. 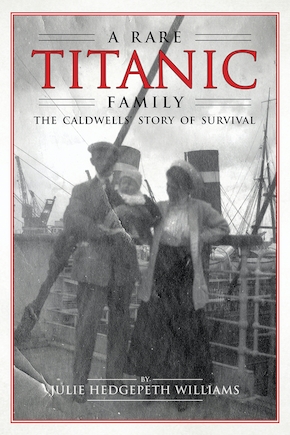