One man's special relationship with brook trout and their fragile environs

The brook trout (Salvelinus fontinalis) is an iconic species among fly anglers and cold-water conservationists in eastern North America. This fish registers as a powerful symbol for its beauty and its imagery in art and literature. Its presence also tells us a great deal about the health of the larger environment. When an angler has a brook trout in hand, there is confidence that the water is close to pristine. Besides being an important indicator species, the brook trout, with its gold and reddish markings and its camouflaged green and black back, is one of the most beautiful freshwater fish in North America. And beyond the beauty of the fish itself, the environment in which it is found is also part of its past and present appeal. To fish for brook trout is often to fish in the last remote and rugged landscapes in the East, “fishscapes” that have not been polluted by stocking trucks that dump nonnative brown and rainbow trout in most of the East’s accessible cold waterways.

Searching for Home Waters is part science, part environmental history, and part personal journey of the author, Michael K. Steinberg, and those he interviewed during his travels. The work takes a broad perspective that examines the status of brook trout in the eastern United States, employing a “landscape” approach. In other words, brook trout do not exist in a vacuum; they are impacted by logging, agriculture, fishing policies, suburban development, mining, air pollution, and climate change. Thus, while the book focuses specifically on the status and management of the brook trout—from Georgia to Labrador—it also tells the larger story of the status of the eastern environment. As a “pilgrimage,” this book is also a journey of the heart and contains Steinberg’s personal reflections on his relationship with the brook trout and its geography.

MICHAEL K. STEINBERG is a professor of geography at the University of Alabama in the department of geography at New College, where he is the director of the environmental studies minor and coeditor of FOCUS on Geography. His research has been published in numerous professional and general-interest journals, including Conservation and Society, Conservation Biology, Economic Botany, Environmental Biology of Fishes, Geographical Review, and Professional Geographer. His other books include Dangerous Harvest: Drug Plants and the Transformation of Indigenous Landscapes and Stalking the Ghost Bird: The Elusive Ivory-Billed Woodpecker in Louisiana. He lives in Birmingham, Alabama. 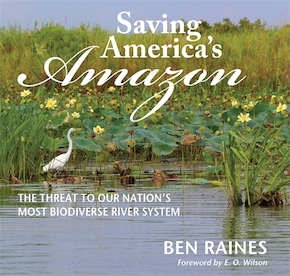 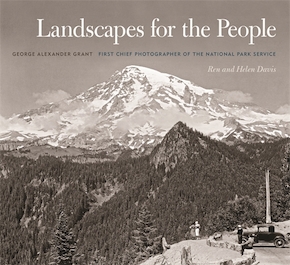 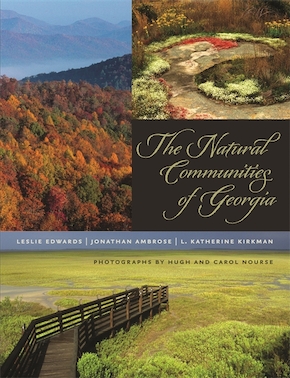 The Natural Communities of Georgia