Home > After a Thousand Tears

After a Thousand Tears

After a Thousand Tears

Georgia Douglas Johnson (1877–1966) was the most prolific female writer of the Harlem Renaissance. Born as Georgia Blanche Douglas Camp in 1877 in Atlanta, Georgia, Johnson devoted much of her artistic imagination to indexing African American women’s interior life and advancing the means through which to achieve interracial cooperation. After a Thousand Tears represents the only extant poetry collection that Johnson authored between 1928 and 1962, and it illustrates her more nuanced and transgressive prescription for gender, racial, and national advancement.

Although scholars have critically examined Johnson’s four previously published collections of poetry (The Heart of a Woman [1918], Bronze [1922], An Autumn Love Cycle [1928], and Share My World [1962]), they have never engaged After a Thousand Tears. Jimmy Worthy II located the unpublished work while conducting archival research at Emory University’s Stuart A. Rose Manuscript, Archives, and Rare Book Library. Worthy discovered that while Johnson intended to publish Tears with Padma Publications of Bombay in 1947, the project never came to fruition. Published now, for the first time, this volume features eighty-one poems that offer Johnson’s intimate and forthright sensibility toward African American women’s lived experiences during and following the Harlem Renaissance.

Jimmy Worthy II’s introduction to After a Thousand Tears provides readers with a new way to understand Georgia Douglas Johnson and her poetry. In this previously unpublished and recently recovered volume, Worthy identifies a poetic presence of what he terms 'discursive veiling' and thus explores how Johnson persistently navigated contemporary racial and gender restrictions to create an open space in which to express her free, individual self. Drawing on literary scholarship from the New Negro Movement/Harlem Renaissance to the present, this valuable, insightful study reveals how Johnson’s poems both reflect and defy the era in which they were written while remaining a beacon for our own.

—Judith L. Stephens-Lorenz, editor of The Plays of Georgia Douglas Johnson: From the New Negro Renaissance to the Civil Rights Movement

This book is a welcomed daylighting of work by the prolific and profound twentieth-century writer Georgia Douglas Johnson. It is a valuable, perhaps even an invaluable, asset to scholarly communities in literature, Black studies, gender studies, history, and more.

—Camille T. Dungy, author of Soil: The Story of a Black Mother's Garden

In excavating a previously unpublished volume by Georgia Douglas Johnson from the archives, scholar Jimmy Worthy II has engaged in extraordinary ancestral tending. As a poet myself, I feel incredibly grateful to receive this new gift of Johnson’s verse.

Despite the fact that Georgia Douglas Johnson was one of the most prolific, popular, and influential poets of the Harlem Renaissance, she has languished in neglect. Thanks to the work of Black feminist scholars such as Maureen Honey, Claudia Tate, Gloria Hull, and Evie Shockley, we have more accurate and insightful critical frameworks for reading Harlem Renaissance women writers, many of whom were maligned for their alleged lack of racial politics or for their alleged escapism through romance. And now we have, in After a Thousand Tears, a recovery project that gives us a fuller and deeper sense of Johnson’s poetic voice and vision. Here, Jimmy Worthy II applies these Black feminist frameworks to give us a portrait of Johnson fully alive to her cultural and political moment. In particular, Worthy provides a critical introduction that explains how the masculinist politics of Harlem Renaissance architects, combined with the racism of the era, created severely circumscribed spaces within which Black women writers were compelled to maneuver. From there, he goes on to read for Johnson’s ability to manipulate and critique these spaces in order to create her own poetic voice. The lyric poetry of After a Thousand Tears and Worthy’s critical introduction make a monumental contribution to our understanding of Georgia Douglas Johnson’s artistry and the complex racial and gender politics of the Harlem Renaissance more generally. For scholars and students alike, After a Thousand Tears is an essential volume.

—Mark A. Sanders, author of Afro-Modernist Aesthetics and the Poetry of Sterling A. Brown 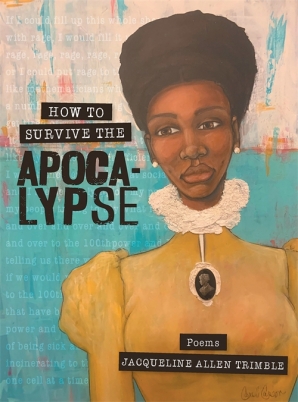 How to Survive the Apocalypse 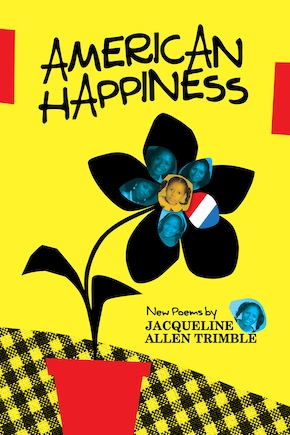