Home > The Age of Clear Profit

At age fifty, when many hope to slow down and what's left, as the poet Kobayashi Issa once wrote, is "clear profit," John Griswold was starting over-again-in a position he had worked decades to achieve. His family moved down the Mississippi Valley, expecting to create a good life with new friends.

What they found instead was a society "organized tightly by race, church attendance, and family name," which in its corruption, laissez-faire corporatism, gun love, and environmental degradation foretold the heightened problems of the United States in an era of deepening political division.

Taking his cue from classical Asian poets such as Basho¯, Griswold begins to journey, to gain perspective, and to find his own narrow road. He travels around the rim of the Gulf of Mexico and to writers' homes in Russia and New Mexico; attends the protests at Standing Rock; walks the Basho¯ Trail in Japan; and reports on the wholesale slaughter of a Texas rattlesnake roundup and the cruel weirdness of the Angola Prison Rodeo.

Over eight years, Griswold bears witness to, pays homage to, and finds he is able to define and speak with gratitude about what is most important to him: his children, wholeheartedness, and the act of trying. In the gap between complexity and a little peace and quiet, there is a way to profit anew.

The Age of Clear Profit is an essay collection that coalesces into an artifact of compassion, clear-eyed analysis, humility, and willingness to journey with open eyes and an open heart. It is an indictment of prevalent elements of political and cultural America and a chronicling that draws from multiple threads of understanding, experience, and perspective to weave a narrative of wisdom and living insight.

—Aurelie J. Sheehan, author of Once into the Night

John Griswold is a staff writer at the Common Reader, a publication of Washington University in St. Louis. He is the author of A Democracy of Ghosts; Herrin: The Brief History of an Infamous American City; and Pirates You Don't Know (Georgia). He has written extensively (as Oronte Churm) at Inside Higher Ed and McSweeney's Internet Tendency. He lives in Edwardsville, Illinois. 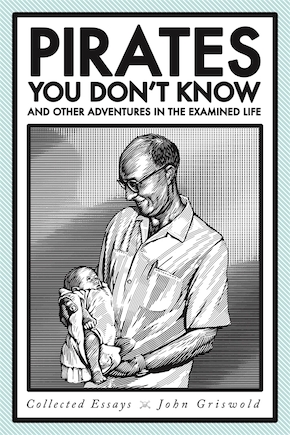