Home > Commanders of the Dining Room

Originally published in 1904, Commanders of the Dining Room features brief biographies of more than fifty African American head waiters and front-of-house restaurant staff, giving insight into the traditions and personalities that shaped these culinary institutions. Maccannon, himself an African American and a former head waiter, also offers a brief portrait of the Head and Second Waiters' National Benefit Association (a union for the industry and for African American hotel workers). Though the HSWNBA was formed in Chicago and held conventions there, many of the waiters profiled in this book hail from southern restaurants.

Maccannon published Commanders to increase the visibility and stature of Black waiters; to assure employers that they could count on members of the HSWNBA to thoroughly know their business; to attest to their commitment to be dependable workers; and to showcase model African American manhood. In the vein of Booker T. Washington, Commanders proclaimed to young waiters that they could achieve success if they educated themselves, worked hard, and joined an association like the HSWNBA. In Commanders they could see head waiters, at the pinnacle of the profession, who had started out at the bottom and worked their way to the top, overcoming a variety of challenges along the way.

The story of these men provides a powerful addition to a growing attention on black political, social, and economic activism on the eve of codified Jim Crow segregation, a legalized apartheid that fell over the land at the very moment when these waiters gathered in Chicago to form their organization. . . . One can easily imagine curious hands leafing through the pages of this work and finding upon them a truth that transforms not only their conception of history but also supplies an inspired imagining of what is possible in their own life.

EDWIN A. MACCANNON was born around 1866 in St. Kitts, British West Indies. He emigrated to New York in 1884. In addition to working in several New York restaurants, Maccannon owned and operated Gwendolyn Publishing Company at 130 Fulton Street in New York. He is buried in Brooklyn's Evergreen Cemetery alongside his wife, Annie. 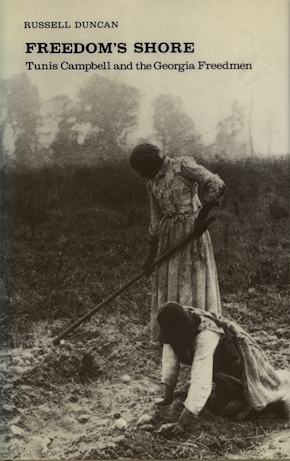