Published with the generous support of Wormsloe Nature Fund

The first comprehensive history of this storied American species

Before 1910 the American chestnut was one of the most common trees in the eastern United States. Although historical evidence suggests the natural distribution of the American chestnut extended across more than four hundred thousand square miles of territory—an area stretching from eastern Maine to southeast Louisiana—stands of the trees could also be found in parts of Wisconsin, Michigan, Washington State, and Oregon. An important natural resource, chestnut wood was preferred for woodworking, fencing, and building construction, as it was rot resistant and straight grained. The hearty and delicious nuts also fed wildlife, people, and livestock.

Ironically, the tree that most piqued the emotions of nineteenth- and early twentieth-century Americans has virtually disappeared from the eastern United States. After a blight fungus was introduced into the United States during the late nineteenth century, the American chestnut became functionally extinct. Although the virtual eradication of the species caused one of the greatest ecological catastrophes since the last ice age, considerable folklore about the American chestnut remains. Some of the tree’s history dates to the very founding of our country, making the story of the American chestnut an integral part of American cultural and environmental history.

The American Chestnut tells the story of the American chestnut from Native American prehistory through the Civil War and the Great Depression. Davis documents the tree’s impact on nineteenth-and early twentieth-century American life, including the decorative and culinary arts. While he pays much attention to the importation of chestnut blight and the tree’s decline as a dominant species, the author also evaluates efforts to restore the American chestnut to its former place in the eastern deciduous forest, including modern attempts to genetically modify the species.

Those of us who love the eastern forest have often wondered what it must have looked like to see the chestnuts in full bloom, their snowy canopy dominating the springtime woods. This fine history tells the fraught story of this species and the fraught story of the attempts to bring it back—stories which raise every question of ethics one can imagine. What a tale!

In inviting prose based on deep research in a wide array of natural archives and textual sources, Donald Edward Davis gives us the definitive history of an iconic American tree. The book explains the American chestnut's ecological role, its uses, decline, and possible resurrection, from the last glaciation to the advent of genetic engineering. Everyone living in, or interested in, eastern North America should read it.

This book is the magnum opus on the American chestnut and will likely retain that status for decades to come. Wide ground is covered from deep-time biogeography and archaeology to historical Indigenous and settler-colonial uses. Finally, Donald Edward Davis brings us up-to-date information on the introduction of GMO chestnuts into Cherokee and other territories. Davis isn’t afraid to reach into the furthest depths of long-forgotten university and USDA archives, and he isn’t about to sidestep heated food sovereignty controversies that may threaten the very survival of the species and whole ecosystems. I can’t remember the last time I was so excited about the publication of such a masterpiece of a book.

Of the some 650 species of trees native to the United States, none has done more to shape America’s culture and landscape than Castanea dentata, the American chestnut. In compelling detail, author Donald Edward Davis tells the sweeping story of how this magnificent tree influenced the lives and livelihoods of countless Americans and how it once dominated vast Eastern forests as a keystone species. You will not find a better, more comprehensive account of the American chestnut—its former greatness, its tragic decline, and its hopeful comeback—than this book.

—Charles Seabrook, "Wild Georgia" column writer for the Atlanta Journal-Constitution and author of The World of the Salt Marsh

This is the most comprehensive environmental history of the American chestnut to date and an important contribution to the literature. Donald Edward Davis's discussion of the chances of reintroducing the tree to our forests is must reading for all who are involved in this effort.

Donald Edward Davis has studied the great American chestnut tree for years and has now managed to condense down into one book his most captivating and salient takeaways from his rigorous pursuit. He starts ninety million years ago with fossil evidence and concludes with the current fierce competition that a few rare naturally blight-resistant American chestnuts face from both genetically engineered chestnuts and international hybrids. The cast of captivating characters ranges from George Washington to poets, singers, and murderers as we learn a litany of enthralling details including, for example, why moonshiners preferred to burn chestnut wood.

The American chestnut is no meek-mannered sweetheart but a force of nature; compressing its gargantuan life story into a compact and engaging narrative is no mean task. Davis has achieved in making it accessible, tackling with ease various aspects that influenced the species and that the species influenced—from history and economy and science to culture and environment—to offer a well-rounded account of this American legacy.

DONALD EDWARD DAVIS is an independent scholar, author, and former Fulbright fellow. He has authored or edited seven books, including Southern United States: An Environmental History. His second book, Where There Are Mountains: An Environmental History of the Southern Appalachians, won the prestigious Philip D. Reed Environmental Writing Award. Davis was also the founding member of the Georgia Chapter of the American Chestnut Foundation, serving as its president from 2005 to 2006. He is currently employed by the Harvard Forest as a part-time research scholar and lives in Washington, D.C. 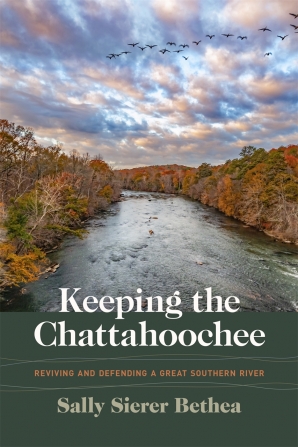 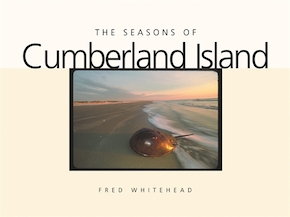 The Seasons of Cumberland Island 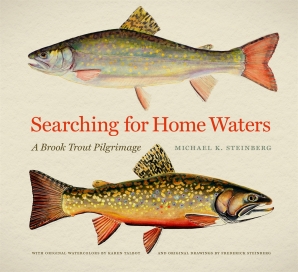