Race, History, and Higher Education in the Deep South

Race, History, and Higher Education in the Deep South

How do well-meaning people help a community move beyond its past when confronted by those who hold ingrained stereotypes, profit from maintaining the status quo, or are filled with antipathy toward others? This book tells the story of how a Black university president tried to do just that when he led the first non-court ordered merger of an historically Black university with an historically white two-year college in Albany, Georgia.

Arthur "Art" N. Dunning came of age in the Black Belt of Alabama during the Jim Crow era. Among many pivotal experiences, he was part of a group of student athletes who helped to integrate Bear Bryant's University of Alabama football team in 1967. The values instilled in him by his family and those in his close-knit community, together with life experiences through education and from living, working, and traveling abroad over more than forty years as an educator, shaped his approach to leading Albany State University, an HBCU, through its 2016 merger with all-white Darton State College.

The community's reaction to the merger proved to be an extreme example of what our nation is experiencing today. The perceived threat of embracing change while racially integrating two institutions brought out painful stereotypes, racial orthodoxy, tribalism, suspicion, and conspiracy theories. It peeled away a veneer of racial harmony and exposed unhealthy patterns of behavior and entrenched beliefs held by community members of both races. Dunning shares here the hard but valuable leadership lessons learned when his race and his personal southern history intersected with a university and city that were abruptly forced to acknowledge their own history-and were challenged to envision a different future.

Unreconciled has two compelling stories, one of a young African American growing up in the Deep South in the depth of the Jim Crow era and the other about the man, now a university president, charged with merging a historically Black institution with a historically white one. It is a gripping and powerful narrative that is more relevant to our times than ever before.

Through honest and insightful reflections, Art Dunning takes the reader on a journey from the segregated Alabama Black Belt to over thirty countries to leading the first non-court-ordered consolidation of an HBCU and a historically white college. As we all navigate America's reckoning with systemic racism, this is a must read!

Art Dunning chronicles the plight of Black citizens in segregated Black Belt Alabama against the backdrop of extensive world travel and his leadership in consolidating an HBCU and a historically white college, providing riveting details of social and racial turbulence in the Deep South. This book is compelling as our nation faces one of the most racially divided eras in modern history. It is a must read for anyone interested in race, history, and culture in America.

—Nathan L. Essex, professor of educational law and leadership at the University of Memphis and president of Southwest Tennessee Community College 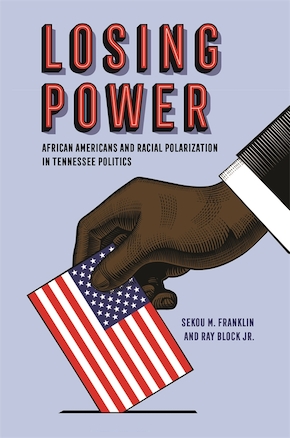