Carlo Rovelli, Italian physicist, says that "the world is not a collection of things, it is a collection of events." Poet Diane Louie thinks of prose poems as little events. They are happening and happenings. They draw on experience, image, metaphor, and all the properties of language to create little worlds-in-motion: spinning while orbiting, actively shifting our point of view.

More genus than hybrid species, prose poems can straddle the obvious limits and less-obvious liberties of perception. This active characteristic of spanning and connecting is especially relevant in a time of cultural polarization. Marrying, even uneasily, the inquiries of science and spiritual longing can illuminate what they—and we—have in common: a desire to understand our presence in a universe that does not yield ultimate answers.

Prose? Prose poetry? Organic form? One need only read a page or two to recognize a voice of such originality, such tenderness and compassion, that all the labels are pared away. Fractal Shores is a magnificent achievement, a book to return to when the soul feels small.

—Sherod Santos, author of The Square Inch Hours and The Pilot Star Elegies

'We speak in concert with what speaks through us,' Diane Louie writes toward the end of this sublime collection. And so, too, what speaks in concert with and through these poems is a desire—to articulate the overlap of meaning and perception, to discern the negative space our memories make as they settle in the mind—so unexpectedly observed, so meticulously expressed that each page brought the texture of being alive into starker relief. With Fractal Shores, Louie affords an 'awareness of awareness of awareness' that will always stay with me.

In these prose poems, Diane Louie finds possibility: what the world takes, what is left. Ruled by the sentence instead of the line, the concerns of the speaker are both cosmic and earthly. Yet, the bond between the two is as unbreakable as the line. If fractals are patterns within patterns, Louie uses self-similar structures found in nature as well as in life to demonstrate how interconnected all things in the universe are. This collection is stunning in its quiet, in its reserve, in its structure: 'what we opened opened us.' Form mirrors content: patterns within patterns, sentences within paragraphs, words within sentences, letters within words, symbols as letters. What the poem bears, bears the poem. The form is a measure of the poet’s steely control, of being in the world without controlling it: 'we say we’re not gone when we say here I am.' Fire, love, humanity, nature, gender, history, geographies, a canyon of light: these poems ache with such deliberate beauty.

—Chelsea Dingman, author of Through a Small Ghost

Golden, transfixing. Moving and kaleidoscopic. As insightful as it is gorgeous.

—David Eagleman, neuroscientist at Stanford University, internationally bestselling author of Incognito, creator of PBS documentary series The Brain: The Story of You

Luminous, brilliant and wise—Diane Louie’s poems seem held in a space poised somewhere between secular prayer and Zen Koan, minutely detailed in their often scientific observations and yet quietly enacted as gorgeous vignettes of consciousness. This is an astonishing collection.

—David St. John, author of The Last Troubador and Study for the World's Body

Exquisitely written—line by line and word by word. Brilliantly observed and fully inhabited, an entire life comes into view.

—David Shields, author of Reality Hunger: A Manifesto, and writer/director of the documentary film Lynch: A History

In Fractal Shores, Diane Louie inscribes the phrases that Stevens’ ghosts would return to Earth to hear read from 'the great blue tabulae . . . the poem of life.' In these compelling and original poems, the history of the world is the history of any moment—'that sudden blue alighting': the words or gestures of a mother, father, or lover, a bluebird in the 'bare black winter branches.' 'We are,' Louie writes, 'what we left behind,' and 'There is no word for going toward what’s left behind.' But in these poems, words vibrate and ricochet until they fracture and replicate exponentially. They fill, as Stevens says, our 'spended hearts.'

DIANE LOUIE was born in Newfoundland and grew up in Connecticut. She earned degrees from Oberlin College and the University of Iowa Writers' Workshop for both fiction and poetry. Her work has appeared in Epoch, Arts & Letters, FIELD, TriQuarterly, Cloudbank and elsewhere. She lives in Paris, France, with her partner, a research scientist.

What It Doesn't Have to Do With 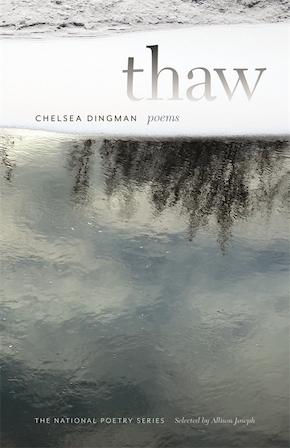