Where Coastal History Is Captured in Unique Oyster-Shell Structures

Published with the generous support of Wormsloe Foundation

Where Coastal History Is Captured in Unique Oyster-Shell Structures

Following the Tabby Trail provides a guided tour of some of the most significant tabby structures found along the southeastern coast and includes more than two hundred illustrations that highlight the human and architectural histories of forty-eight specific sites. Jingle Davis explains how tabby-a unique oyster-shell concrete-helps us to understand the complex past of the coast. A tabby structure is, as the author puts it, "a storehouse of history." Each of the site descriptions includes the intriguing profile of a historic figure associated in some way with the tabby.

Though the first documented use of tabby in North America was in 1672 in what is now St. Augustine, Florida, Spanish colonists had used many of its constituent parts a century earlier. In addition to their Spanish-speaking competitors, colonizers from France and the British Isles also enthusiastically adopted the building material for their colonial missions. This meant, of course, that enslaved Africans and Indigenous peoples built with the material. Tabby remained a fashionable, effective, and enduring building material until shortly after the Civil War.

This richly photographed work provides readers with a guide to the underexplored string of tabby structures still standing along the stretch of coast between Florida and South Carolina, an approximately 275-mile trail traced by the book from just south of St. Augustine north to the dead town of Dorchester near Summerville. Sites include such varied structures as ancient Late Archaic shell mounds called middens and rings of shells thousands of years old; Fort Matanzas, built in 1742 but named for a sixteenth-century massacre of French colonists by St. Augustine's Spanish founder Pedro Menéndez de Avilés; Fort Mose, a significant feature of Florida's Black Heritage Trail; and homes of the enslaved, warehouses, Charleston's seawall, churches, and cemeteries.

From my perspective, the single most valuable contribution of Following the Tabby Trail is that it brings the history of Spanish Florida into the realm of Georgia and Carolina history. By shining a different light on well-established stories, Davis is tying together a diverse region with all that this implies in terms of understanding people and their cultures.

Like dinosaur bones, tabby ruins litter the coastal plain from St. Augustine to Charleston, silent sentinels of a distant time when Europeans and enslaved Natives and Africans left permanent marks on the Atlantic coast. In this monumental undertaking, Following the Tabby Trail, Jingle Davis brings to light stories from our past that have been locked in stone for centuries. Enhanced by Ben Galland's striking photography, this book represents a significant addition to the collective history of the Southeast coast. 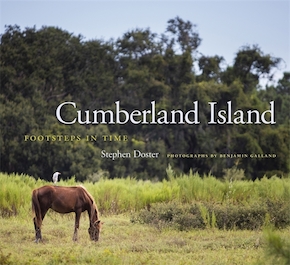 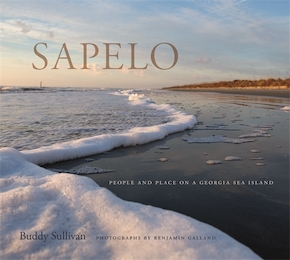