Sovereignty is a term used by stateless people seeking decolonization as well as by dominant social groups struggling to reassert their socially privileged positions. All sorts of political actors, it seems, are interested in sovereignty. It is less clear, however, just what the term means, and whether calls for sovereignty promote a politically progressive or conservative agenda. Examining how sovereignty functions allows us to better understand the dangers, promise, and limitations of relying on it as a political strategy.

Islands and Oceans explores how struggles for decolonization, self- determination, and political rights permeate conceptualizations of how sovereignty operates. To support his theoretical claims, Sasha Davis works through a series of case studies, drawing on research that he conducted between 2013 and 2017 in Korea, Guam, Yap, Palau, the Northern Marianas, Hawai‘i, and Honshu and Okinawa in Japan. Because of the hybridized and contested arrangements of sovereignty in these territories, these places are excellent sites to tease out some of the differences between official regimes of sovereignty and the actual control of social processes on the ground. In addition, analysis of the tensions and acute debates over sovereignty in these regions lays bare how sovereignty works as a process. Davis’s study of these political cases within the Asia-Pacific region advances our understanding the nature of sovereignty more generally.

SASHA DAVIS is an associate professor of environmental studies, geography, and sustainability at Keene State College. 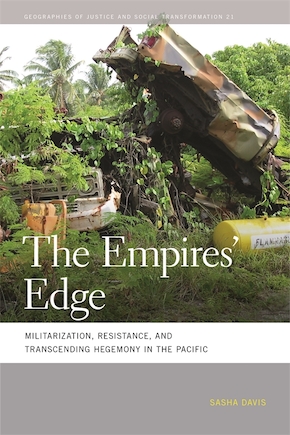