This comparative study looks at the laws concerning the murder of slaves by their masters and at how these laws were implemented. Andrew T. Fede cites a wide range of cases-across time, place, and circumstance-to illuminate legal, judicial, and other complexities surrounding this regrettably common occurrence. These laws had evolved to limit in different ways the masters' rights to severely punish and even kill their slaves while protecting valuable enslaved people, understood as "property," from wanton destruction by hirers, overseers, and poor whites who did not own slaves.

To explore the conflicts of masters' rights with state and colonial laws, Fede shows how slave homicide law evolved and was enforced not only in the United States but also in ancient Roman, Visigoth, Spanish, Portuguese, French, and British jurisdictions. His comparative approach reveals how legal reforms regarding slave homicide in antebellum times, like past reforms dictated by emperors and kings, were the products of changing perceptions of the interests of the public; of the individual slave owners; and of the slave owners' families, heirs, and creditors.

Although some slave murders came to be regarded as capital offenses, the laws con­sistently reinforced the second-class status of slaves. This influence, Fede concludes, flowed over into the application of law to free African Americans and would even make itself felt in the legal attitudes that underlay the Jim Crow era.

Homicide Justified gives us a comprehensive examination of the law of slave homicide from ancient times to the abolition of slavery in the United States.

Drawing on original research as well as an impressive array of secondary sources, Fede here offers a granular view of the legislation and litigation pertaining to slave homicide. . . . a rich resource for scholars of slavery, crime, and U.S. legal history.

This book will suit the legal history specialist or the graduate seminar room....Fede is to be congratulated for his willingness to dive into the legal bramble bush to retrieve and then explain these difficult findings from so many disparate, difficult-to-use sources.

ANDREW T. FEDE is a law partner of Archer & Greiner, P.C., based in New Jersey, and, since 1986, has been an adjunct professor of law at Montclair State University. He is the author of Roadblocks to Freedom: Slavery and Manumission in the United States South and People without Rights: An Interpretation of the Fundamentals of the Law of Slavery in the U.S. South. 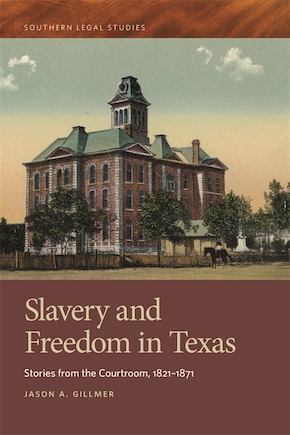