Sunbelt cities like Atlanta, Charlotte, and Miami, with their international airports, have a transportation advantage that overwhelms global competition from other southern cities. Why? The short answer to this question seems to be intuitive, but the long answer lies at the intersection of built infrastructure policies, civic boosterism, and the changing nature of American cities. Simply put, Charlotte leaders invested in the future and took advantage of its opportunities. In the twentieth century Charlotte, North Carolina, underwent several generational changes in leadership and saw the emergence of a pro-growth coalition active in matters of the city's ambience, race relations, business decisions, and use of state and federal government grants-in-aid.

In The Transformative City, Wilbur C. Rich examines the complex interrelationships of these factors to illustrate the uniqueness of North Carolina's most populous city and explores the ways in which the development and success of Charlotte Douglas International Airport has in turn led to development in the city itself, including the growth of both the financial industries and political sectors. Rich also examines the role the federal government had in airport development, banking, and race relation reforms. The Transformative City traces the economic transformation of Charlotte as a city and its airport as an agent of change.

WILBUR C. RICH, the William R. Kenan Jr. Professor Emeritus of Political Science at Wellesley College, is the author of Coleman Young and Detroit Politics: From Social Activist to Power Broker; Black Mayors and School Politics: The Failure of Reform in Detroit, Gary, and Newark; David Dinkins and New York City Politics: Race, Images and the Media; and The Post-Racial Society Is Here: Recognition, Critics and the Nation-State. 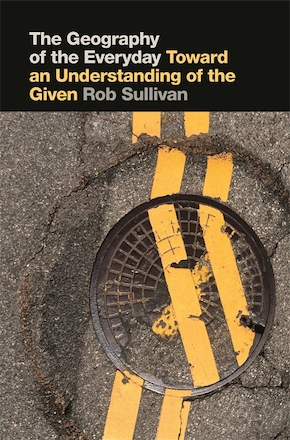 The Geography of the Everyday