Home > Stand By Me

The Forgotten History of Gay Liberation

The Forgotten History of Gay Liberation

With Stand by Me, Jim Downs rewrites the history of gay life in the 1970s, arguing that the decade was about much more than sex and marching in the streets. Drawing on a vast trove of untapped records at LGBT community centers in Los Angeles, New York, and Philadelphia, Downs tells moving, revelatory stories of gay people who stood together—as friends, fellow believers, and colleagues—to create a sense of community among people who felt alienated from mainstream American life.
Downs capably blends authority and warmth in this thoughtful reexamination of an era.

The sheer act of Downs' acknowledging that not all gay men subscribed to the popular 'three Big Bs' of the time—'the Bars, Beaches, and Baths'—and found their identity validated and articulated through the communal practices of Christian worship and cultural hubs (like the Oscar Wilde Memorial Bookshop) is a refreshing and invigorating experience. Stand By Me proves a deeply moving read, one that passionately and urgently argues for us to acknowledge some of the forgotten history of gay liberation.

Downs draws on LGBTQ materials long underrepresented in superficial media accounts of gay life. Past chronicles have defined the gay community by focusing on 'free love' and HIV/AIDS. Downs upends this, detailing more inclusive and representative subjects, tracing the history of gay rights as part of the ongoing battle for civil rights, and covering the gay religious movement. . . . A valuable addition to LGBT and social-change collections.

Exhaustive, but never exhausting . . . Stand By Me is not duplicative of other accounts. It is to our movement an equivalent to Howard Zinn’s A People’s History of the United States. . . . Downs challenges our movement not to let the horror of AIDS or the rush to assimilate cloud the memory of our roots. Stand By Me calls us to dig more deeply into the past in order to guide our future.

He has combed through a wealth of archival materials, including gay community publications, the holdings of LGBT religious groups such as the Metropolitan Community Church (a Protestant denomination founded in the late ’60s as a safe worship space for homosexuals), the personal collections of men doing prison work on gay issues, archives of LGBT community centers, and reporting on LGBT life in mainstream publications. These resources have been underutilized by scholars, and Downs’s work is a service both to the historical record and to the gay community.

The book exists to highlight the nuance, the richness, and even the messiness of people’s lives by offering an alternate history of gay life in the ‘70s. Though the years leading up to the AIDS epidemic are largely thought of as a sexual free-for-all clearly there was more going on. . . . That’s where Downs comes in. He doesn’t negate the idea that lots of men had lots of sex in the ‘70s, he merely supplements it.

In any history, there’ll always be surprises, facts, and tales that are forgotten or ignored until someone finds and reveals them anew. And that’s exactly what author Jim Downs has done here in Stand by Me. . . . This book is informative, sometimes horrifying, interesting and, unlike your old high school history books, it’s never dry.

Stand by Me valiantly attempts to correct the historical record and revise the harmful, outdated images of bathhouses and promiscuity that plague both official and non-official accounts of the gay community and its history.

Downs by no means intends to erase sexuality as a significant factor in the story of gay liberation. Rather, he aims to establish that 'it was not defining, as the received narrative has it.' . . . In Stand by Me, Jim Downs achieves the impressive feat of illustrating that the willingness of homosexuals to be out—among one another, at least—was eased by more than just clubs, bars and bathhouses.

By capturing the stories of gay people who have been largely silenced by history, Stand by Me shines a bright light on a triumphant moment, and will transform how we think about gay life in America from the ’70s to the present day.

In sparkling, often moving, prose, Jim Downs rewrites the history of the gay liberation movement in the 1970s. This is an important contribution not only to the history of that struggle but to our understanding of the afterlife of the upheavals of the 1960s.

In Stand by Me, historian Jim Downs present a compelling revision of the history of gay liberation in the decade before the onslaught of AIDS. Examining gay life in the 70s, Down discovers a diverse array of activists working in the contexts of religious practice, advocacy journalism, and community building. In doing so, he recovers a powerful social and cultural moment in the broader history of the LGBT movement. Stand by Me should be read by anyone interested in the historical and ongoing debates about culture, identity, and sexuality.

Fom the ashes of a horrific fire that engulfed a gay church in New Orleans in 1973, Jim Downs has rescued the history of gay men in the decade after the Stonewall uprising. As this beautiful, and at times haunting, book makes clear, gay men in this period forged intellectually vibrant, spiritually rich, and nourishing communities that not only sustained them through some harrowing and heartwarming times, but that also grew more powerful as the twentieth century became the twenty-first.

Stand by Me brings the 1970s back to life, not as it is imagined to be, but as it actually was. In compelling prose, Jim Downs has recovered the stories of heroic individuals who risked much to come out, to build community, and to fight for social justice. Some of these episodes are tragic and some inspiring. All of them deserve to be remembered.

JIM DOWNS is a professor of history and American studies at Connecticut College. He is the author of Sick from Freedom: African-American Illness and Suffering during the Civil War and Reconstruction and the coeditor of Beyond Freedom: Disrupting the History of Emancipation (Georgia) and Connexions: Histories of Race and Sex in North America. 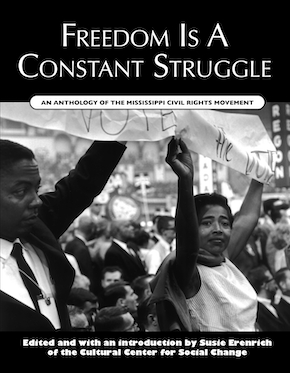 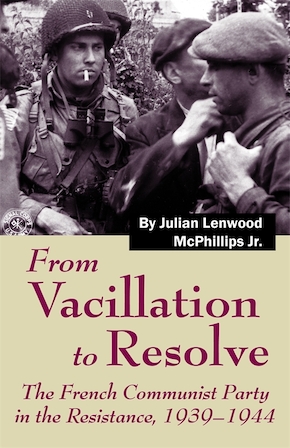