The Japanese Internment of American Civilians in the Philippines, 1941-1945

The Japanese Internment of American Civilians in the Philippines, 1941-1945

More than five thousand American civilian men, women, and children living in the Philippines during World War II were confined to internment camps following Japan's late December 1941 victories in Manila. Captured tells the story of daily life in five different camps—the crowded housing, mounting familial and international tensions, heavy labor, and increasingly severe malnourishment that made the internees' rescue a race with starvation. Frances B. Cogan explores the events behind this nearly four-year captivity, explaining how and why this little-known internment occurred. A thorough historical account, the book addresses several controversial issues about the internment, including Japanese intentions toward their prisoners and the U.S. State Department's role in allowing the presence of American civilians in the Philippines during wartime.

Supported by diaries, memoirs, war crimes transcripts, Japanese soldiers' accounts, medical data, and many other sources, Captured presents a detailed and moving chronicle of the internees' efforts to survive. Cogan compares living conditions within the internment camps with life in POW camps and with the living conditions of Japanese soldiers late in the war. An afterword discusses the experiences of internment survivors after the war, combining medical and legal statistics with personal anecdotes to create a testament to the thousands of Americans whose captivity haunted them long after the war ended.

Captured is an important and powerful piece of World War II history, as well as a fascinating human interest story, and offers a foundation on which broader studies of international internments might be made. There is no other book that attempts as much coverage.

Cogan has given us a truly remarkable and important book. Her work is a labor of love and is significant not only for students and scholars of World War II, but also for those interested in the wider American historical experience.

The U.S. internment of Japanese-Americans during WWII is well-known, but this captivating history depicts a virtually unknown tale: the story of Japan's wartime imprisonment of Americans living in the Philippines. . . . Through her use of prisoners' diaries, Cogan turns this history into compelling drama. . . . Cogan demonstrates in straightforward, lucid prose how, once the Americans were captured and interned, their once-comfortable lives devolved into subsistence. She carefully avoids both understatement and exaggeration, noting, for instance, the kindness shown by some guards. . . . [An] original addition to WWII history.

Captured is a wake-up call as to what Americans need to know about atrocities that occurred to civilians during World War II.

FRANCES B. COGAN (1947–2016) was a professor of literature in the Honors College at the University of Oregon, Eugene. She is the author of All-American Girl (Georgia). 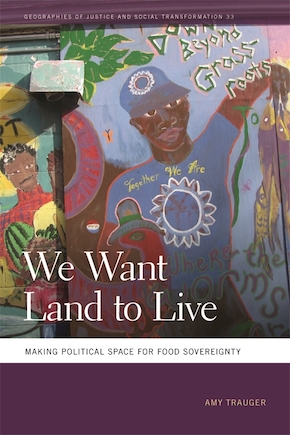 We Want Land to Live